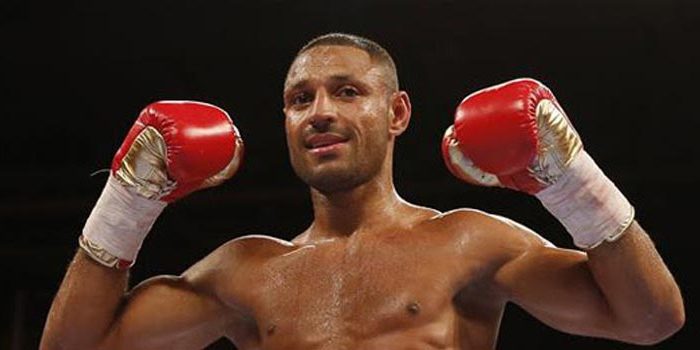 Amir Khan recently revealed that he’s back in talks to face his longtime rival, fellow former world champion Kell Brook. Both boxers are looking to fight on a date in November, and then they aim to face each other in the early months of 2020.

Brook has a lot of interest in landing a spot on the highly anticipated rematch between heavyweights Anthony Joshua and Andy Ruiz, which takes place on December 7th in Saudi Arabia.

“Yeah, I believe I can fight on that,” said Brook to Sky Sports. “It’s something different, it would be a different look. I know that I would be ready for that time.

“It will be a year by the time I get in, so I don’t want an elite fight, but I want a good fight just to dip my feet back in the water.”

Hearn confirmed the information from Khan, regarding the renewed talks for a fight with Brook.

“Talks ongoing, but nothing too serious at the moment,” Hearn told Sky Sports. “I think they both want a fight in December, and then try and make the fight in the Spring.”

Before he can think about making a deal with Khan, Brook needs to finalize his return for the fall.

But the interest to face Khan is still as fresh as ever.

“I’ve got to the stage now where I just want to sit down and try and make the fight, instead of trying to strangle him! I would rather sit down and talk about the fight, what’s holding it up. What we can do to get it across the line. That’s all I would be interested in, because the fans are missing out,”

“I want to fight December, [then] February or March. It would be ideal for us to fight then. sked about a venue, the Sheffield fighter added: “It don’t matter to me as long as he’s opposite me.”