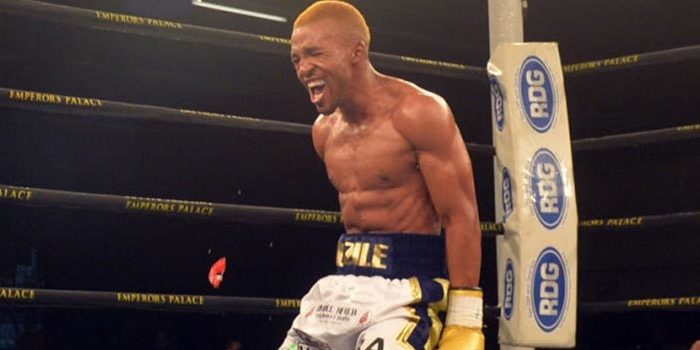 The 22-year-old boxer from Duncan Village failed Grade 12 last year and he is well aware that he cannot bank on the sport to carry him for the rest of his life as it is a very short career.

‘‘I have seen careers go up and some end prematurely‚” he said.

‘‘I has also seen some boxers with nothing to fall back on when their careers ended because they had no education.

‘‘I want to complete my matric‚ get involved in agriculture because I love farming. Or I could do sports management. I really need to educate myself.”

Fuzile said he has taken a year off from school to pursue an international boxing career that seems to be picking up momentum since he teamed up with Johannesburg trainer Colin ‘‘Nomakanjani” Nathan earlier this month.

The IBF gave Fuzile a top 15 rating and according to Nathan‚ who enjoys a cordial relationship with the boxing organisation‚ it could take the boxer only three fights to either contest in an IBF eliminator or in an IBF title itself.

Fuzile’s move to Johannesburg raised eyebrows and there were even suggestions that he was poached by Nathan from Eastern Cape rival Mzamo Njekanye.

The boxer insisted that nothing could be further from the truth.

He said contrary to the running narrative‚ he was actually the one who approached Nathan.

‘‘I needed change because I want to get to where I want quickly‚” he said.

‘‘I am not saying that would not have happened with Njekanye. He is a nice guy to groom boxers‚ he is a disciplinarian.

‘‘There are also many things that are destructive at home (in the Eastern Cape)‚ including friends.

‘‘This side (in Johannesburg) it is pure boxing business. I go to the gym‚ speak to my team-mates and do my training.”

Fuzile is based in Kew‚ in the east of Johannesburg‚ and he said he has not spoken to his former trainer since his departure from Eastern Cape.

‘‘I have not spoken to him because I know that he is still angry with me‚” he said.