“May 20 will be a big night of boxing and it kicks off a run of four consecutive weeks of world class fights on SHOWTIME,” said Stephen Espinoza, Executive Vice President and General Manager, SHOWTIME Sports®.  “We have consistently delivered the biggest and most important boxing events from around the globe to SHOWTIME subscribers.  This unique presentation—four fights, two world championships and two title eliminators, from different continents, all on one show—is yet another example of our unrivaled commitment to the sport.”

The 22-year-old Davis (17-0, 16 KOs) is the youngest reigning world champion from the United States and the second youngest in the world.  The Baltimore native and Floyd Mayweather protégé will travel to hostile territory in his first title defense against Walsh (21-0, 14 KOs) in a matchup of undefeated southpaws.

Russell Jr. (27-1, 16 KOs) will look to make a statement in the loaded featherweight division against mandatory challenger Ecandon (25-2, 17 KOs), who owns a stunning knockout of former world champion Jesus Cuellar.  Russell vs. Escandon is the sixth featherweight title bout on SHOWTIME since February 2016. 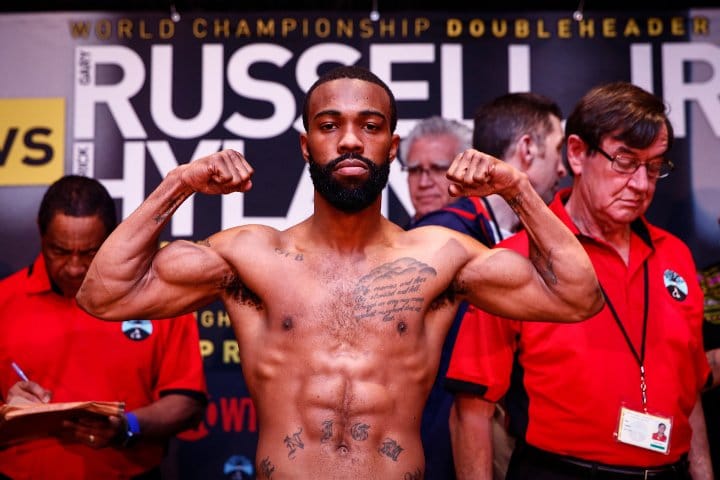 Undefeated Rances Barthelemy (25-0, 13 KOs) will meet Kiryl Relikh (21-1, 19 KOs) in a WBA Super Lightweight Eliminator for unified champ Julius Indongo.  Barthelemy, who won titles at 130 and 135, will earn an opportunity to become Cuba’s first three-division champion with a win over the hard-hitting Relikh.