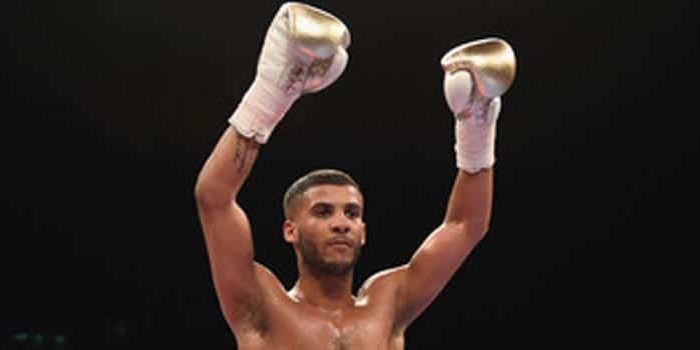 SAN DIEGO, CALIF. – May 10, 2017 – Gamal Yafai (pictured) says he can beat Sean Davis any way he wants to when he challenges his local rival for the WBC International Super-Bantamweight title at the Barclaycard Arena in Birmingham on Saturday LIVE on AWE- A Wealth of Entertainment at a NEW START TIME 2 PM ET / 11 AM PT.
In the main event, Kal Yafai defends the WBA Super Flyweight title against Suguru Muranaka.
For fans who do not have AWE, they can access the fight card on the AWE channell on www.klowdtv.com
Yafai and Davis finally get their hands on each other after their proposed meeting for Yafai’s Commonwealth title fell through in October after the champion damaged his ankle in training.
Davis instead met Paul Economides for the crown he defends tonight, while Yafai returned from injury in Germany in March in a six rounder. The 25 year old now meets ‘Showtime’ on the undercard of his brother Kal’s World title defence, and Yafai plans to do a comprehensive job on Davis to show he’s ready to move to the next level.
“I can’t wait for this,” said Yafai. “Fighting in front of my home fans on big shows is something I’ve always wanted to do and it’s a bonus to be alongside my brother. To do it so early into my career is massive for me. I’m so happy to be one of the big names in Birmingham.
“I know a bit about Sean. I didn’t know him a year ago until his coach messaged me on Facebook for a bit of sparring and we done a little bit of work.
“It’s my job to answer whatever Sean brings. I’m capable of that. I am more than just a puncher, I can outbox Sean and outpunch him – I beat him in every department.
“I was preparing for the Davis fight doing box jumps. I’ve got it on video, it was on CCTV where I was training. I went over on it, it’s hard to describe how I done it. The pain and rehab was unreal. I couldn’t do anything for two months solid.
“It was horrible being out of the ring so long. I couldn’t train and obviously wasn’t getting paid. It’s hard when you can’t fight but it only makes you stronger.
“I didn’t have any surgery, just had to let it rest. It was so bruised and I tore a few ligaments but it’s in the past now.
“I’m entering the next phase of my career now. I learnt a lot as an amateur so I didn’t have to have as many learning fights so to speak. I didn’t need that long like other fighters might do. I was a World class amateur so I think I’ve done alright so far and I’m ready for the next step in my career.”
Yafai’s clash with Davis is part of a huge night of action in Birmingham where Kal Yafai defends his WBA World Super-Flyweight title against Suguru Muranaka.
Sam Eggington challenges Cerefino Rodriguez for the European Welterweight title, Ryan Kelly and Adam Harper meet for the Midlands Area Middleweight Title.
GAVIN FACES DANGER MAN GARRIDO IN BIRMINGHAM
‘Funtime’ faces French challenger on Saturday night
Frankie Gavin admits he’s heading to the last chance saloon as he faces Renald Garrido.
Gavin is back in action after his loss in the same arena to Sam Eggington in a thrilling fight in October, and the former World title challenger is kicking off a new chapter in his career having switched to Eggington’s trainer Jon Pegg.
Garrido is a familiar face in the UK having beaten Bradley Saunders and gone the distance with Jack Catterall, Martin Lindsay and Robbie Davies Jr, and Gavin knows he must be at his best if he wants to bounce back with a win and move onto major title fights later in the year.
“I’m heading to the real last chance saloon now,” said Gavin. “I’m in a gym with a lot of fighters and that’s good for me – it’s keeping me on my toes and hungry.
“I want a big fight next so I need a good performance on Saturday to prove that I can still win massive titles. Garrido is a good test for me, he always comes to win and he’s dangerous, so I need to be on my guard.”
Gavin’s clash with Garrido is part of a huge night of action in Birmingham as Kal Yafai makes the first defence of his WBA World Super-Flyweight title against Suguru Muranaka.
Eggington challenges Cerefino Rodriguez for the European Welterweight title, Yafai’s brother Gamal defends his WBC International Super-Bantamweight championship against fellow Birmingham man Sean Davis, Ryan Kelly and Adam Harper meet for the Midlands Area Middleweight Title.
There’s action for Lennox Clarke, unbeaten Olympian Josh Kelly, Kieron Conway, Aaron Lovell, Jordan Clayton, Charlie Williams and Cori Gibbs.
About AWE LIVE BOXING

A Wealth of Entertainment (“AWE”) features a wide range of lifestyles and entertainment programming from exotic travel and outrageous homes to live world championship boxing. AWE is available on over a hundred cable systems, including AT&T U-Verse, ch 147 and 1147 in HD, Verizon FiOS TV, ch 169 and 669 in HD. and DirecTV, ch 387.
For more information, please visit www.awetv.com.