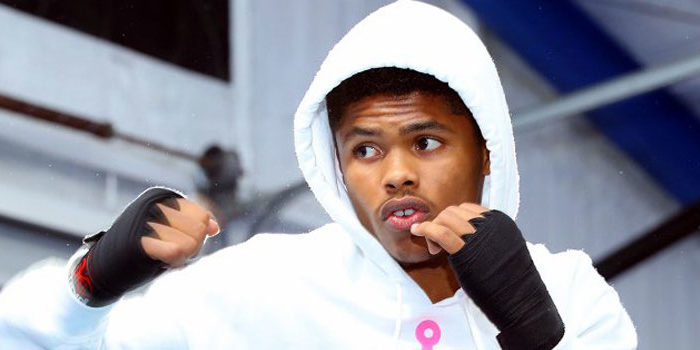 Shakur Stevenson and Shuichiro Yoshino are finalizing a deal for an April 8 fight on ESPN that is expected to determine a new mandatory challenger for the WBC lightweight title, sources told ESPN.

No site has been finalized for this bout yet.

Stevenson, ESPN’s No. 10 pound-for-pound boxer and one of the rising names in the sport, was stripped of his two 130-pound titles after he failed to make weight for his September bout with Robson Conceicao, which Shakur won via unanimous decision.

Now, Stevenson (19-0, 9 KOs) will seek a title in a third weight class. The WBC ordered a title eliminator between Stevenson and Isaac “Pitbull” Cruz, but Cruz is choosing a different path. William Zepeda, who is coming off a dominant victory over Joseph Diaz Jr., was next in line but promoter Oscar De La Hoya tweeted that he passed on the fight because he needs “more exposure for Zepeda to create a super fight with Shakur.”

George Kambosos, who lost his undisputed lightweight championship to Devin Haney last year, was next up in the rankings but declined the bout.

“Third person turned me down and I haven’t fought one fight at 135,” Stevenson tweeted in December.

But now he has an opponent in Yoshino, a 31-year-old from Tokyo who’s never fought outside Japan. Yoshino (16-0, 12 KOs) is coming off two impressive victories: an 11th-round TKO over former 130-pound titleholder Masayuki Ito in April and a sixth-round KO of lightweight gatekeeper Masayoshi Nakatani in November.

Stevenson, a native of Newark, New Jersey, has barely lost a round since he turned pro following an Olympic silver medal run. After he captured a vacant featherweight title with a decision win over Joet Gonzalez in 2019, he went on to unify 130-pound belts with an April victory over Oscar Valdez.

And with a victory over Yoshino in April, Stevenson, 25, will be in line for a shot at Haney’s four 135-pound titles. Haney is in talks to defend his undisputed lightweight championship against Vasiliy Lomachenko in May.