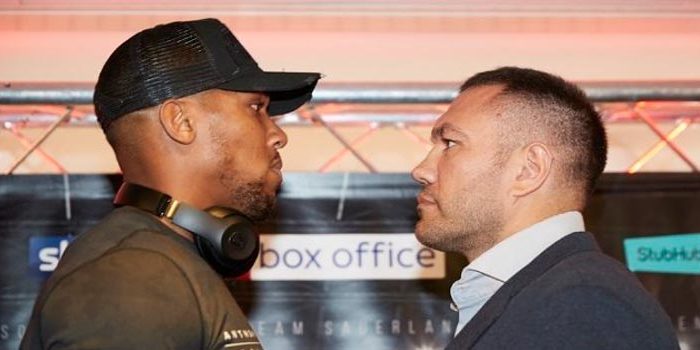 Eddie Hearn, promoter for WBA/IBF/WBO World Heavyweight Champion Anthony Joshua, believes there is a possibility of a crowd being present for a planned fall fight with Kubrat Pulev in the fall.

The fight was targeted for a stadium fight in London on June 20. It was postponed due to the coronavirus pandemic.

At the moment, the contest is likely heading to a date near the end of the year.

At the moment, boxing events are taking place without spectators in attendance.

Hearn feels that we could see fans coming to venues in the month of August.

The British promoter is looking at dates in November for the Joshua-Pulev clash, with idea of a crowd being present.

“I really believe that we will start seeing crowds coming back by late-August, certainly September-October and it will be fantastic to do AJ vs Pulev with a crowd. I feel like the Pulev fight will happen in November,” Hearn told The Sun.

“AJ has a very minor knee niggle that was wrapped up but is coming off shortly so it won’t cause problems with the date and I expect that fight to happen around November.”

The fight was first scheduled back in 2017, when Pulev was the mandatory challenger the first time around. He withdrew with an injury and was later replaced by Carlos Takam.

Pulev eventually fought his way back to a mandatory position under the IBF, who ordered Joshua to face him this year.