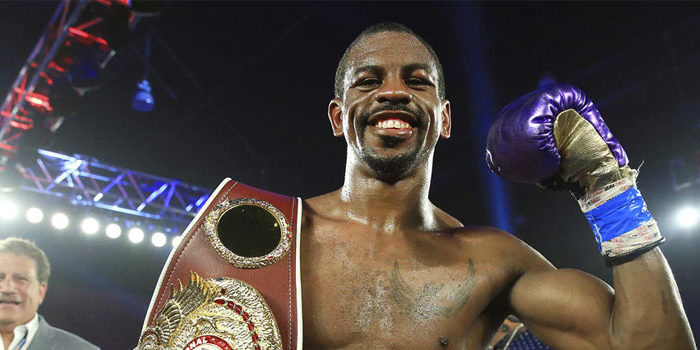 ESPN and promoter Top Rank have lost another main event due to COVID-19.

Jamel Herring acknowledged in a Tweet issued Tuesday afternoon that he tested positive for the virus last week. His second defense of the WBO junior lightweight title, a 12-rounder against Jonathan Oquendo that was scheduled for July 2 in Las Vegas, thus has been postponed indefinitely.

BoxingScene.com has been informed that the previous main event ESPN and Top Rank lost because of the coronavirus, Jose Pedraza-Mikkel LesPierre, likely will replace Herring-Oquendo as the main event a week from Thursday night.

The 10-round junior welterweight bout between Puerto Rico’s Pedraza (26-3, 13 KOs) and Brooklyn’s LesPierre (22-1-1, 10 KOs) was scrapped Thursday morning, barely 12 hours from when it was supposed to take place at MGM Grand Conference Center in Las Vegas. It initially was going to be rescheduled for July 14.

Pedraza-LesPierre can be rescheduled quickly because neither fighter tested positive for COVID-19. Their bout was postponed at the 11th hour because LesPierre’s manager, Josie Taveras, failed a test taken following their weigh-in Wednesday.

In accordance with testing protocols, the Pedraza-LesPierre fight had to be postponed because Taveras came in contact with LesPierre inside “The Bubble,” the restricted space inside MGM Grand Conference Center reserved for those involved with the Top Rank/ESPN events.

“Last week, I tested positive for COVID-19,” Herring, a Marine from Coram, New York, stated in his Tweet. “That’s the bad news. The good news, however, is I feel OK and have self-isolated until I receive a clean bill of health. My WBO junior lightweight world title defense against Jonathan Oquendo will be rescheduled shortly. Semper Fi.”

Herring-Oquendo is the fourth fight ESPN and Top Rank have lost due to a failed COVID-19 test since the network began broadcasting boxing again June 9. The first of those bouts – a 10-round women’s junior lightweight bout that’ll match Mikaela Mayer (12-0, 5 KOs) against Helen Joseph (17-4-2, 10 KOs) – already has been rescheduled for July 14, also at MGM Grand Conference Center.