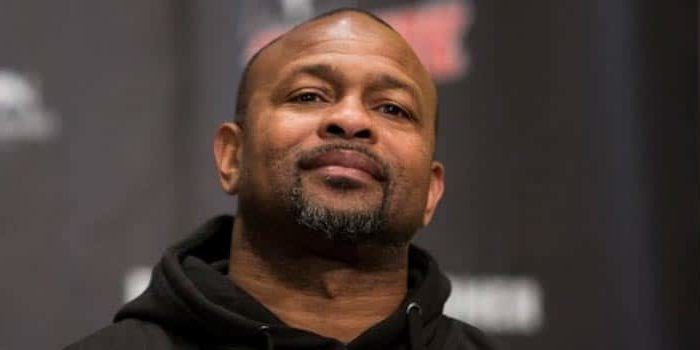 Former four division world champion Roy Jones Jr. is open to the idea of returning to the ring to fight Mike Tyson or Evander Holyfield.

Jones, 51-years-old, last fought two years ago when he won a ten round unanimous decision over Scott Sigmon.

During his prime, Jones was regarded as the best pound-for-pound fighter in the sport. He fought well beyond his best years.

Jones began to fall apart in 2003, after bulking up to nearly 200-pounds to capture the WBA heavyweight title from John Ruiz. After Jones cut muscle mass to drop down by two weight classes to win a tough decision over Antonio Tarver, he was never the same fighter.

In the last few weeks, Tyson and Holyfield have expressed their interest in returning to the ring.

Both of the former heavyweight champions are interested in having exhibition fights to raise money for charity.

These days, Jones is very much involved in training younger fighters.

But, he might easily be tempted to get back in the ring to face a 53-year-old Tyson or a 57-year-old Holyfield in an exhibition.

While not providing specifics, Jones may have been approached to do just that.

“Let me tell you one thing, just so you all know. I don’t really mess with people too much, I don’t like to bother nobody. I’m getting older, I love trying to pass what I know down to these guys so they can take what I did, what I knew, and try to add and build on to it. Chris Eubank, Shady [Gamhour], whole class of them, trying just to pass to them what I know and let them add what I know to what they do,” Jones explained to one of his fighters, Kevin Newman II, during an Instagram interview.

“But, if people bothering me – and I’ve had a few people bothering me lately. I ain’t gonna say a lot of names, but some pretty strong, big guys trying to bully me around. I don’t like being bullied. I will fight you. I know I’m 51 but I will fight somebody over 50. And I ain’t scared to fight nobody, nowhere, at no time. Headgear, no headgear, I don’t care. So just be aware, and be careful what you say.”