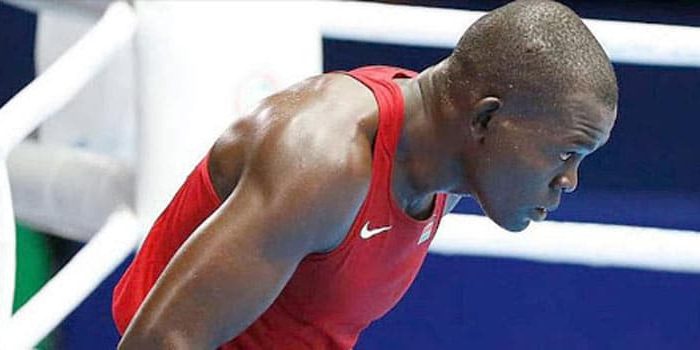 Kenya’s Elly Ajowi says he will continue chasing his Olympic dreams even as COVID-19 threatens to collapse the sporting industry globally.

“It’s our hope this pandemic will be contained over time and that sports will continue uninterrupted. But until we have official permission to go ahead with the sports, we will stay away,” said Ajowi who clinched bronze at last year’s All African Games in Rabat.

The national team mainstay and Police heavyweight was hoping to seal a maiden Olympic slot in Dakar, Senegal last year but his spirited campaign came a cropper. After failing in his bid in Dakar, Ajowi also hoped for the last chance in the final World Qualifiers in Paris which were also called off. He is hoping that his dream will come to fruition once things normalise.

“Paris would honestly provide a realistic chance for qualification after the IOC announced that all qualifiers would carry their slots into next year’s Games. The fact that many high ranking pugilists have qualified, leaves us with a chance to qualify. But all in all, it’s a ‘wait and see’ situation,” he said. Ajowi is currently training on his own as he seeks to observe social distance as directed by the Ministry of Health.

“In the spirit of social distancing, I’m hoping to keep fit on my own with just light workout. The essence is to keep the body in good physical conditioning for now until things improve,” said Ajowi.

Heavyweight Ajowi, flyweight Shaffi Bakari and middleweight Rayton Okwiri were among the top locals who came out empty-handed from the Dakar extravaganza where only Nick Okoth ‘Commander’ and Christine Ongare qualified in the Team Kenya handled by Benjamin Musa.

Shaffi has since moved a berth up from light fly to flyweight in a bid to conform with new Olympic regulations. Okwiri, who is a professional boxer, also moved up from welterweight to middleweight.

Globally, the pandemic has since culminated into the suspension of Olympic Boxing qualifying events, leaving pugilists shrouded in confusion.

In January, the coronavirus outbreak in Wuhan, China compelled the Boxing Task Force (the body mandated by the International Olympic Committee to control boxing at the Tokyo 2020 Olympic) to cancel the Asia and Oceania qualifying event, scheduled for early February in the Chinese city.

The qualifying event, scheduled to be held between February 3-14, was scrapped and became the first Olympic qualifier in any sport to fall victim to the deadly virus. The Wuhan qualifier was moved to Amman, Jordan, and was completed without drama earlier in the month, just a few days after the completion of the African version in Dakar, Senegal where Kenya was well represented.