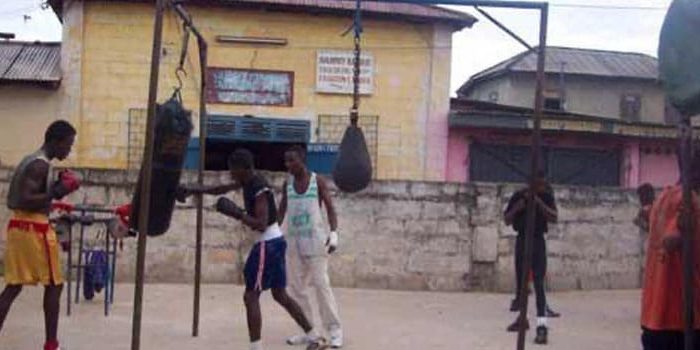 In the heart of the bustling Jamestown area of Accra sits a boxing treasure.

Akotoku Boxing Academy, home of Ghana’s world champions, is still regarded among the best in the country.

For nearly 50 years, Akotoku has produced some of the world’s greatest boxers. Founded in 1974 by the late Francis Attuquaye Clottey, Akotoku is where legends such as Azumah Nelson, Ike Quartey, David “Poison” Kotey and Alfred Kotey honed their craft.

Nelson, one of the greatest fighters of his era, is an International Boxing Hall of Fame inductee. Quartey was a mainstay in the welterweight division, holding the WBA 147-pound world title from 1994-1997. In 1975, David Kotey became Ghana’s first world champion by defeating Ruben Olivares to win the WBC world featherweight title. Alfred Kotey briefly held a world bantamweight strap.

Addo stresses the importance of putting in work to his pupils. The trainer would know, having risen from timekeeper to assistant trainer under the respected Robert Marquaye Laryea, who eventually handed over lead trainer duties to Addo.

“I remember my boss traveling during the Mortein Boxing League,” Addo told BoxingAfrica.com. “I eventually took charge of the boxers to win the league and ended up becoming the head coach.

“I have the difficult task of not only producing world champions for Ghana but to ensure the legacy of the academy lives on. We have produced the best boxer of all time in Africa aside from three other world champions and I am glad to be continuing the legacy.”

Much of that success is owed to the late Clottey, who Azumah once described as “One of the greatest boxing coaches Ghana has ever produced.”

Clottey was a respected boxer in Ghana who became a trainer upon retirement. He was the lead trainer of the Black Bombers, the national amateur boxing squad. His sons, Hector Clottey and Judas Clottey followed his steps, winning national titles. 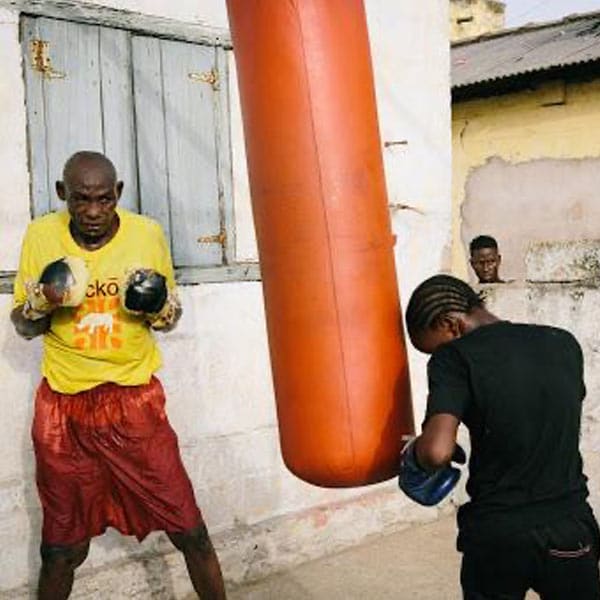 Clottey’s work earned him the admiration of many of his peers, according to Yoofi Boham, a long-time boxing manager who worked with Quartey and Alfred Kotey, among others..

“I can tell you for a fact that [Akotoku] is the best gym the country has had in its boxing’s history and deserves to be honored,” Boham told BoxingAfrica.com.

“The founder was a real boxing gem who gave everything to the sport’s growth and I can at least say of Ike Quartey and Alfred Kotey, whom I managed.”

Today, it’s been 26 years since Akotoku produced a world champion.

“There is a lot of work to be done in order to get Akotoku back to its rightful place as the best gym in the country,” said Boham. “You need committed trainers who will work hard and devote their all to bring the gym back to life.”

“It’s been long since we produced a world champion for Ghana which has really affected our pedigree as an elite gym in the country but we are working hard on that,” said the trainer. “I have three assistants Noah Awatey, Emmanuel Abbey and Elvis Robertson, who are helping me bring up the next generation.

“I can assure you that together we will bring honor to the nation by producing another world beater.”

Doing so would not only signal the return of Akotoku to Ghana boxing’s fore, but perhaps a resurgence of the sport in the country.

“I have to pay homage to the founder of this great gym even though I didn’t have the chance to work with him,” says Addo, understanding that the greatest honor that can be paid to Clottey would be to carry on the legacy that has made the gym a fistic landmark.