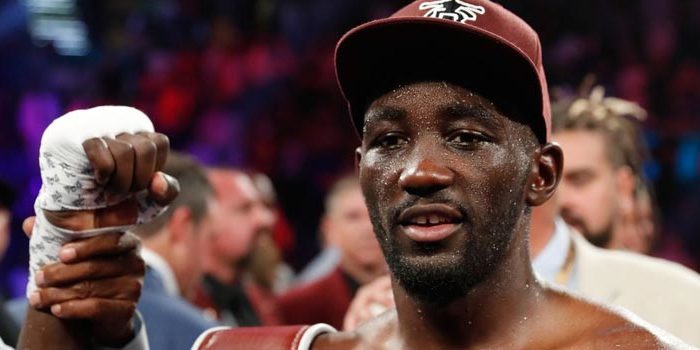 The biggest fight for Crawford in the welterweight division is a unification with WBC, IBF champion Errol Spence.

Crawford is tied to Top Rank and ESPN, while Spence has a promotional pact with Premier Boxing Champions, who have content deals with Fox Sports and Showtime.

Top Rank and PBC recently came together to stage the big rematch between Deontay Wilder and Tyson Fury, and they are going to come together again in the coming months for the trilogy fight.

“The success of the Wilder vs Fury 2 promotion could be very helpful in making this fight, because the two parties could come together again – ‘boom’, the public get what they want. We would love that. Terence wants to fight the best. We’d love to fight Spence Jr, that is obviously the best fight in the division and would be our priority,” DuBoef told Sky Sports.

But the problem is, Crawford and Spence are not household names, and they want significant amounts of money to fight each other – more money than their promoters are willing to stake for a joint pay-per-view.

Fury-Wilder, which is a bigger fight than Crawford-Spence, underperformed on pay-per-view. The bout was unable to reach the million mark – with a high point of 800,000 buys. The promoters needed 1.1-1.2 million buys just to break even.

If Spence does not become an option, DuBoef could see Crawford being matched against junior welterweight champions Jose Taylor or Jose Ramirez – who are both with Top Rank and eventually want to move up to welterweight.

“He has other options – Josh Taylor or Jose Ramirez are compelling matches too,” DuBoef said. “He has options on his plate but has a desire to fight the best. His needs for a long time have been to fight the best guys.”