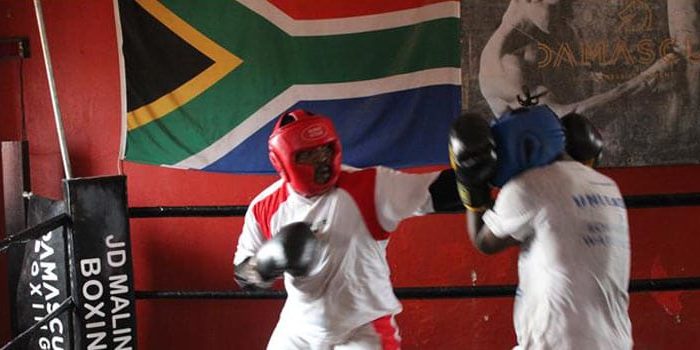 It has been reported that no South African amateur boxers will be competing at the 2020 Olympic Games to be held in Tokyo from 24 July to 9 August, where Japan will be hosting the Games for the second time since the 1964 Olympics.

This is a tragedy for South African amateur boxing, which has had an early illustrious history at the Olympics since first participating in 1920, winning six gold, four silver and nine bronze medals.

In 1948 South Africa’s George Hunter was awarded the Val Barker Cup for the best boxer at the Games.

According to the news, the entire executive of the South African National Amateur Boxing Organisation (SANABO) resigned on Sunday.

In the modern era, amateur boxers have to qualify in regions/zones not like at one time when a country was allowed to send boxers directly to the Games in as many divisions as they could afford.

In the recent qualifying rounds for the Olympics, South African fighters were not represented in Senegal where African boxers met in the Continent qualifiers.

There were 16 nations competing, with Morocco taking eight medals.

South Africa has a second option in May by sending fighters to France for the world qualifiers, but there has been no announcement of any squad formed or fighters being sent to France.

Due to politics, South Africa was banned from participating after the 1960 Olympics. South African amateur fighters, which included black fighters who were prejudiced by not being allowed to represent South Africa from 1920, were left out in the cold and amateur boxing suffered.

South Africa was readmitted to the Olympics in 1992 when the Games were held in Barcelona, Spain, and for the first time black South African fighters could be selected.

Unfortunately in Barcelona, Spain, in 1992 and Atlanta, USA, in 1996, the South Africans failed badly with no representatives going beyond the second round in the competition.

At the 2000 Sydney Olympics the South African representatives, Phumzile Matyhila, Jeffrey Mathebula and Danie Venter, were all eliminated in the second round.

At the 2004 Games in Athens the three South African representatives failed to progress beyond the first round.

South Africa’s sole representative at the Beijing Olympics in 2008, flyweight Jackson van Tonder Chauke was eliminated in the first round when he was beaten 9-1 by Anvar Yunusov from Tajikistan.

Sonjica was well beaten by Detelin Dalakliev of Bulgaria who scored a comprehensive 15-6 victory as he dictated the pace from the onset.

The 23-year-old Siphiwe Lusizi controlled his first bout with the inexperienced Iraqi Ahmed Abdulkareem Ahmed, hitting his target with some good combinations before reverting to some slick counter-punches as Ahmed came forward. The southpaw looked at ease, dominating each round to cruise to a 17:13 victory.

However, in his second fight he was eliminated from the competition by Venezuela’s Gabriel Maestre Perez and was soundly beaten 18-13.

Rather sadly no South African boxers qualified for the 2016 Olympics held in Rio, Brazil.