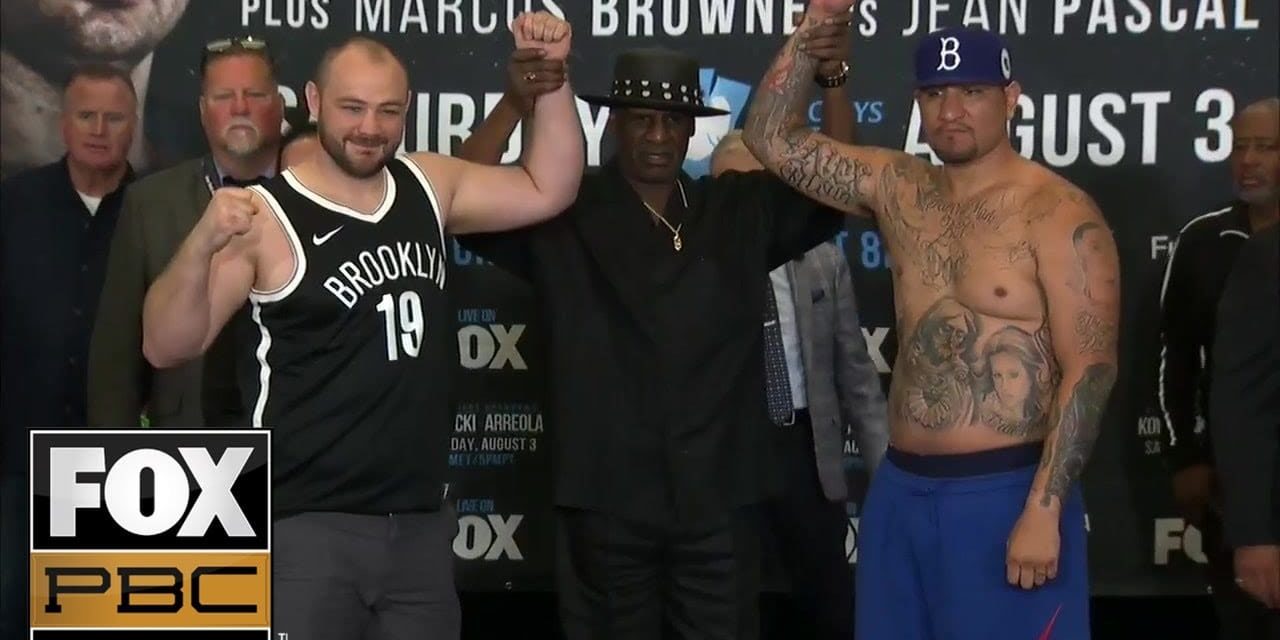 Adam Kownacki was heavier for a fight than ever Friday afternoon.The undefeated heavyweight contender stepped on the New York State Athletic Commission’s scale at a career-high 266¼ pounds for his 12-round fight against Chris Arreola on Saturday night at Barclays Center in Brooklyn.

The 30-year-old Kownacki’s previous high was the 264¼ pounds he weighed for a third-round technical knockout of Jesse Barboza in June 2016.

The Brooklyn-bred Kownacki weighed in at 258½ pounds for his last fight. The Polish-born Kownacki (19-0, 15 KOs) blew out Gerald Washington in that fight, which resulted in a second-round TKO on January 26 at Barclays Center.

Arreola, meanwhile, weighed in at 244 pounds Friday at Barclays Center. That’s just about five pounds more than the 38-year-old Arreola weighed for his last fight.

Kownacki and Arreola will headline a FOX tripleheader Saturday night.

Before Kownacki and Arreola stepped on the scale, Marcus Browne and Jean Pascal met their contractual obligations for their light heavyweight championship match on the undercard.

Their 12-round fight will be the second of three fights FOX will air Saturday night.

Earlier Friday, Curtis Stevens and Wale Omotoso made weight for the opener of FOX’s three-bout broadcast.

Brooklyn’s Stevens, 34, came in at a career-low 153½ pounds for their 10-round junior middleweight match. Stevens (30-6, 22 KOs), who began his career as a light heavyweight nearly 15 years ago, will fight at the 154-pound limit for the first time.