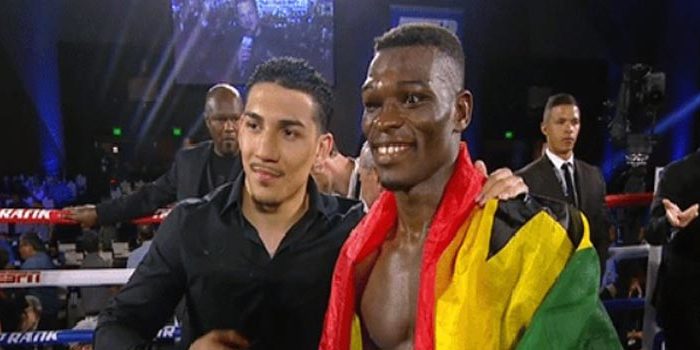 The bout could serve as the co-feature to the return of WBO welterweight titlist Terence “Bud” Crawford. Crawford has been in talks to face Egidijus Kavaliauskas. However, Top Rank promoter Bob Arum says he is trying to secure a high-ranked welterweight for Crawford instead.

Either way, Commey-Lopez is expected to steal the show. Commey, 32, 29-2 (26 KOs), is coming off an impressive eighth-round KO over former world champion Ray Beltran Jr. in June. The hard-hitting Ghanaian has stopped his last four opponents.

Brooklyn’s Lopez (14-0, 11 KOs) struggled at times in his last bout, ultimately winning a unanimous decision over Masayoshi Nakatani in July. The Brooklyn, New York native says he has made several changes in light of his performance.

The bout would be televised on ESPN. Stay tuned to BoxingAfrica.com for more details.