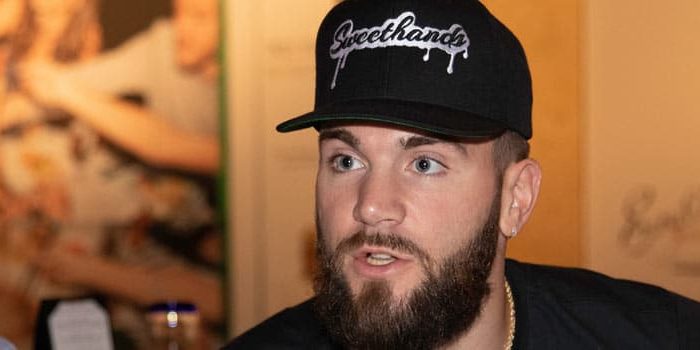 Tickets for the event, which is presented by TGB Promotions and Sweethands Promotions, are on sale now and can be purchased online through AXS.com, charge by phone at 866-740-7711 or in person at any MGM Resorts International box office. The Ajagba vs. Demirezen match is being promoted in association with Ringstar Sports.

Here is what Plant (18-0, 10 KOs), along with his trainer Justin Gamber, had to say Saturday from Hecho En Vegas at MGM Grand about their matchup against Lee (21-0, 11 KOs) and more:

“I’ve been working hard. Sparring is great. My weight is on point and I’ve been eating good. We’re rolling. Last camp I found my groove in probably my third or fourth week. This time it was in my second week. I’m going to be an improved Caleb Plant.

“As I’ve worked more on strength and conditioning with my coach Larry Wade, everyone can see how my power has developed. I’m sitting down on my punches more as well. But there’s no substitute for sharpening your tools in the shed. I’m still working on my craft as much as ever.

“We’ve seen so many big upsets so far this year in boxing, so I have more than enough motivation to focus on the task July 20. I’ve always said that the only fight I worry about, is the one that is signed.

“I already feel like I’m the best out there. Good luck to Mike Lee. I hope he shows up. He’s going to be getting a mattress sponsorship, because July 20 he’s going to sleep. This isn’t going 12 rounds.

“Justin Gamber is underrated and I believe he’s one of the best teachers in boxing. That’s what he is, a teacher. There’s a lot of guys with stopwatches and whistles, but not everyone can teach the art of boxing. Different fighters need different things and Justin knows I don’t need to be screamed at to get going. It’s all positivity and he makes it easy to understand.

“I think I’ve shown that I’m special and I’m different. I can bring things to the table that no one else can. I don’t have to raise my voice for you to know that I mean what I say. You already believe me. I’m going to continue to walk how I walk and talk how I talk.

“Media recognition and stature has changed since winning the title, but who I am and how hard I work, I’m still the same Caleb that I’ve always been. I’ve looked at myself as a world champion from a young age. How else do you become a world champion?

“Jose Uzcategui was everything they were building him up to be. He’s a relentless pressure fighter with power in both hands and I knew it was going to be a tough fight. I don’t think he knew what he was getting himself into, and I tried to warn him.

“We’d love to unify and be undisputed, that’s the goal. For now, we’re just focused on the task at hand. I have my hands full on the big stage July 20. If you look too far down the road, it can mess up the immediate future. I am really focused on getting past this challenge.”

“Caleb has been the ultimate student. I couldn’t ask for someone better. When I think of Caleb as an amateur, I think of just an athletic guy. Since he turned pro he’s really developed his skill set and fine-tuned his technique. He’s a guy who now has that athletic ability combined with skill and high boxing IQ.

“Caleb amazes me every day with how he tries different things and how he can break it down, fine tune it and perfect it. We’re just making sure that he can use his skills at the right time in the fight.

“The super middleweight division is in one of its hottest eras and I think Caleb Plant is head and shoulders above the rest. When I think of a possible future fight with Caleb against David Benavidez, I think of Floyd Mayweather vs. Diego Corrales. The offensive-minded big man against the smaller, better boxer. I see Caleb doing a similar job one day.”