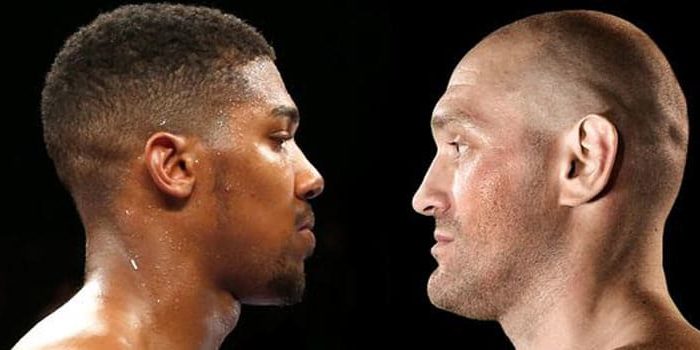 Recently beaten heavyweight Anthony Joshua broke his silence on the recent victory by Tyson Fury, who eased to victory in his first fight in Las Vegas by stopping Germany’s Tom Schwarz in the second round.

Fulfilling a lifelong ambition of finally fighting in the Sin City, at the revered MGM Grand, he showed a destructive edge he has rarely previously demonstrated to justify the significant interest he has generated in the US since his fight with Deontay Wilder.

Fury had perhaps re-established himself as the world’s leading heavyweight with December’s thrilling draw against Wilder, when his performance deserved victory, and his reputation grew to such an extent he signed a lucrative contract to fight on ESPN.

Back on June 1 at Madison Square Garden, Joshua suffered a shocking defeat at the hands of late replacement Andy Ruiz.

Joshua was decked four times before the fight was waved off in the seventh round.

The former champ, who lost his WBA, IBF, WBO titles that night, has already exercised an immediate rematch clause to face Ruiz in the fall.

Joshua is wondering if he should face an easy opponent or two like Schwarz.

“Thoughts on Tyson Fury’s win? He done what he had to. I could talk sh*t but he done what he had to, well played to him. I wanna go back to fighting some easy opponents. [Schwarz was ranked] 56th. I think, why am out here doing all this sh*t myself? D’ya know what I mean?” Joshua stated.

Fury expects to fight Wilder in a rematch next year and having planned to fight at least once more before the end of 2019, he revealed he already has dates of September 21 or October 5 agreed in principle. Wilder is already set to face Cuba’s Luis Ortiz in a rematch, on a yet to be announced date in September.