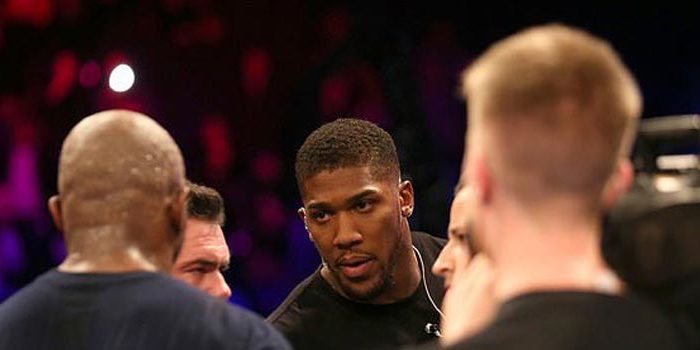 Whyte and Joshua were in serious negotiations for a planned rematch on April 13 at Wembley Stadium in London.

Their negotiations fell apart over money, after Whyte claimed that he was sent several offers that were far too low.

Now Joshua is going to face Miller, on a likely date of June 1 at Madison Square Garden in New York City.

Whyte is not very impressed with Miller and expects him to get beat down until the fight is stopped.

“I can’t believe they’d choose to fight Miller over fighting me. But I get it, it’s a business move. Joshua needs to fight on DAZN in America and Eddie’s under pressure to deliver.

“Miller is the perfect opponent for America. He looks the part, he’s undefeated, he can’t punch, he’s got a good workrate, you know he will talk the talk. He’s a perfect opponent for them. I wouldn’t waste my time going to the fight, I know what’s going to happen already. Six, seven rounds minimum and then [Miller] is going to get knocked out.”

Whyte lost to Joshua back in December of 2015, by way of a seventh round TKO. He’s built himself back up since then, with several top victories over fighters like Dereck Chisora, Joseph Parker and Lucas Browne.

Whyte is now looking a tentative return for April 20, at the O2 Arena in London. The top opponent on his list is WBC mandatory challenger Dominic Breazeale. If he’s unable to get Breazeale, then he wants to get his hands on former world champion Alexander Povetkin or once beaten contender Luis Ortiz of Cuba.