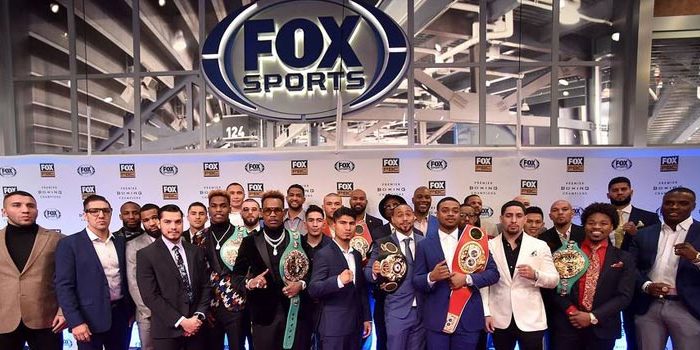 Undefeated WBA Welterweight Champion Keith Thurman (28-0, 22 KOs) ends a long injury layoff to defend his title and starts to reclaim the division against battle-hardened veteran Josesito Lopez (36-7, 19 KOs). Also that evening, Adam Kownacki (18-0, 14 KOs), one of the fastest rising stars in the heavyweight division, takes on his toughest challenge to date when he steps in against U.S. Navy veteran and USC football standout Gerald Washington (19-2-1, 12 KOs).

In one of the most highly anticipated and intriguing matches in boxing, IBF Welterweight Champion Errol Spence (24-0, 21 KOs) will defend his title against four-division world champion and current WBC Lightweight Champion Mikey Garcia (39-0, 30 KOs), who is moving up two weight classes to challenge Spence.

(Fights confirmed on a later date.)

All PBC on FOX Sports events and programming will be streamed live on the FOX Sports app, available in English or Spanish through the FOX, FS1 or FOX Deportes feeds. FOX Sports will offer a platform inside the app to allow viewers to stream the PPV events. In addition, FOX Sports Digital will have a dedicated FOXSports.com and FOX Sports App page for PBC coverage, in addition to dedicated YouTube, Facebook, Twitter and Instagram channels.

FOX Sports and PBC launched the highly regarded primetime boxing series TOE-TO-TOE TUESDAYS on FS1 and FOX Deportes in the fall of 2015, featuring PBC’s brightest up-and-coming boxers. The deal was expanded to include several fight nights on the FOX broadcast network, including exciting title fights such as heavyweight champion Deontay Wilder defending his title in February of 2016, July of 2016, and again in February of 2017, plus the exciting welterweight showdown between Danny Garcia and Robert Guerrero in January of 2016.