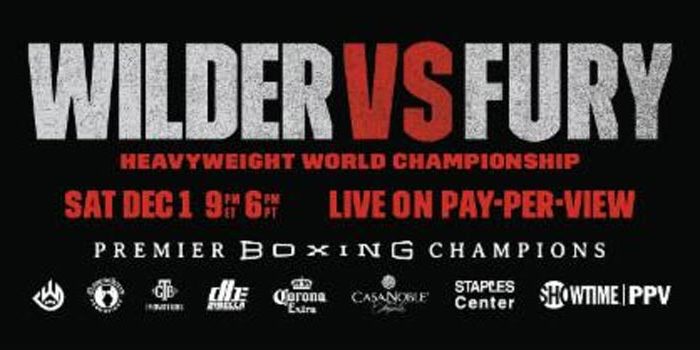 Tickets for the event, which is promoted by BombZquad Enterprises and Queensberry Promotions, in association with TGB Promotions and DiBella Entertainment, are on sale now and are available via AXS.com. Wilder vs. Fury will be produced and distributed by SHOWTIME PPV. The suggested retail price (SRP) for the pay-per-view telecast is $64.99 for standard definition.

One of the sport’s most fearless warriors, Guerrero (33-6-1, 18 KOs) will return the ring for a 10-round welterweight attraction in his first action since July 2017. Representing the Bay Area and fighting out of Gilroy, California, Guerrero’s championship run began at featherweight in 2006 and went through a memorable 2012 triumph over Andre Berto for an interim welterweight championship. Along the way Guerrero has challenged and often engaged in memorable wars against the likes of Floyd Mayweather, Keith Thurman and Danny Garcia.

Born in Los Angeles, Arreola (36-5-1, 31 KOs) fights for the first time since challenging for Wilder’s WBC title in 2016 and will match up against Houston’s Maurenzo Smith (20-10-4, 13 KOs) in a 10-round attraction. Arreola previously battled Bermane Stiverne in two exciting heavyweight title fights and former champions Vitali Klitschko and Tomasz Adamek. He owns victories over Eric Molina, Jameel McCline, Joey Abell and Seth Mitchell throughout his career.