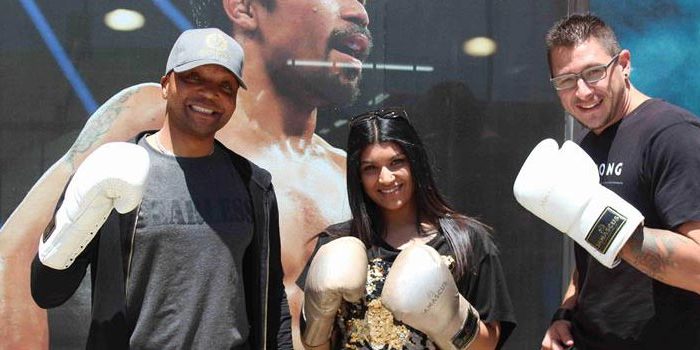 A new boxing facility, situated in Bedford Avenue in the Benoni CBD, aimed at empowering and providing hope and an opportunity to local boys and girls who wish to become amateur and/or professional boxers, opened on the weekend.

The VIP Boxing Academy opened its new gym/facility on November 10.

“We hope to produce elite amateur and professional boxers who will go on to represent South Africa at different levels of boxing and hopefully win some of the best available titles out there,” said manager Harry Ramagoadi-Manaka.

“We will be accommodating (strictly boys), feeding and training young boxers from poor backgrounds with the hope of changing lives through our ‘Save Benoni’ campaign.

“We hope to house close to 10 boxers at the facility.

“This will become a very expensive project as we will need to hire qualified personnel in different departments and therefore, we will seek some help and donations from local companies.

“We hope that this project will help take children off the streets and, as the saying goes, ‘charity begins at home”, so we will be targeting mainly children in and around Benoni.”

Ramagoadi-Manaka added that they have already registered an amateur boxing club called Benoni Amateur Boxing Club which will run under the VIP Boxing Academy,

“The club’s chairperson is Alex Staniland who is a former amateur boxer.”

The VIP Boxing Academy, which is a professional boxing organisation, will be run under the guidance of Warren Hulley, a top boxing trainer who has worked with some of South Africa’s best pro boxers.

Hulley has worked with the Klitchko brothers, together with their former trainer, the late Emanuel Stewart.

The VIP Boxing Academy is the brainchild of Ramogoadi-Manaka, a former top boxer who campaigned at the top level, both locally and in the UK.