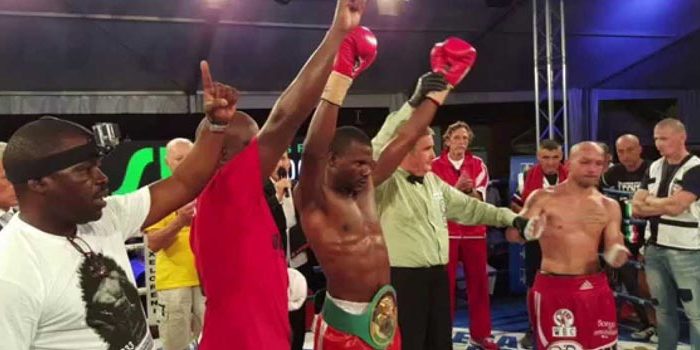 Bilateral sporting relations between Zambia and Zimbabwe were enhanced a notch higher when a contingent of five boxers from Lusaka’s Exodus Boxing Academy participated in an international friendly tournament upon the invitation of the Charles Manyuchi Boxing Academy last week.

The host academy – based in the town of Chivhu, some 140km south on the Harare-Beitbridge highway – is the brainchild of the former African Boxing Union and Word Boxing Council silver champion, Charles Manyuchi and is named after him.

Once hosted to a state banquet in recognition of his exploits in the ring, Manyuchi is in the second term of his 10-year contract with Oriental Quarries Boxing Promotions, a Zambian company, and it is against this background that he said he saw the need to reciprocate the hospitality given to him by the Zambian people by inviting boxers from that country for his tournament. He promoted it in partnership with a local institution of higher learning, the Great Zimbabwe University (GZU).

Former Zambia national boxing champion Anthony ‘The Preacher Man’ Mwamba, on the other hand, founded Exodus Boxing club upon spiking his gloves, and it is from this same establishment that celebrated five-time WIBA and WIBF champion, Esther Phiri, hails from. He brought with him to Zimbabwe last weekend some of the products from his project who included Joseph Chewe, Simon Ngoma, Joseph Kasoma, Alice Mbewe and Emmanuel Kabwe.

The home country won three out of the five international bouts, thereby achieving a 3-2 margin against their northern neighbours.

Hassan “Starboy” Milanzi posted a convincing victory against Zambia’s Emmanuel Kabwe in the main bout fought over six rounds of a super-bantamweight contest. Milanzi, one of the two fighters from the Manyuchi stable, is a recent graduate to professional boxing after a successful stint in the amateur ranks where he won a bronze medal at the 2015 Zimbabwe National Youth Games and a silver medal from the Zone 5 Maputo Zone 5 Games early this year.

His compatriot at CMSA, Brendon “Boika” Dennis, had to dig deeper into his boxing knowledge kit to outdo, by a unanimous points decision, the strong challenge posed by his opponent Joseph Kasoma.

In the only ladies’ international bout of the night, Alice Mbewe lifted the Zambian flag high through a great exhibition of class that left his opponent (Netsai Bondai) counting the loss. Theirs was a bantamweight match over four rounds.

(Simon) Ngoma added a smile on the face of coach Mwamba by scoring a second victory for the Zambians after discharging a challenge by U/D from Tatenda Paradza in what would qualify as having been the best fight of the event. Amid huffs and puffs, the two slugged it out, much to the excitement of the capacity Chivhu crowd that thronged Phil-Jen Country Lodges for a diversified form of entertainment.

Evans Husavihwevhu was in form for Zimbabwe, as he fought in typical “Iron Mike” form to beat Joseph Chewe, also by a unanimous points verdict.

Mwamba said the invitation by Manyuchi had come at the right time for his club and he was confident that their two stables would soon produce world champions, gauging from the performances by their respective boxers. He said he would reciprocate the gesture by inviting the Zimbabwean club for a reverse tournament in Lusaka soon.

Sibanda, whose moniker is “Queen of the Jungle” had prior to meeting with Odero previously fought four times in Nairobi. In the recent fight, she kissed the canvass twice and the overwhelming scoring by the judges (100-90; 99-97 and 100-90) gave the fight to the Kenyan, making her the new world champion in the lightweight division.