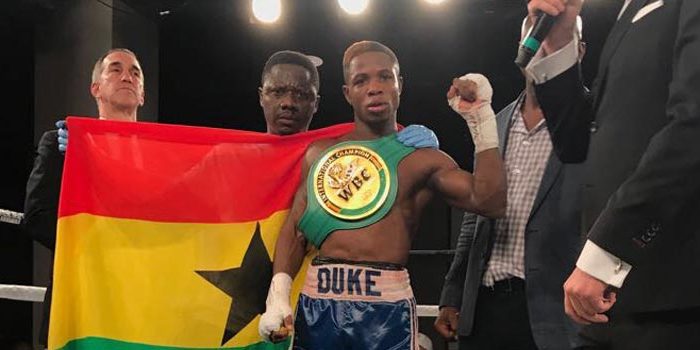 Note: This article was published by myjoyonline.com, written by Hans Mensah Andoh, later edited by BoxingAfrica.com.

Micah also accused the renowned trainer of colluding with people to swindle him and wondered why the coach is threatening to curse him.

“You conspire with people to swindle me, telling me there’s no money after I’ve fought. You’ve squandered my money and You’re telling me you’ll curse me?  If I was your son would you treat me that way? Even you, who go about perpetrating vice and stealing people’s money God hasn’t betrayed you, but you’re betraying me. Who doesn’t want to enjoy the fruits of his labor?”

The WBC International bantamweight champion also accused Lokko of “going after people’s wives” and called him a thief. He added that it was through him Lokko came to America after splitting from Richard Commey.

Micah cautioned his former trainer to be wary of him and not “mess” with him.

“You don’t know who you’re messing around with. Tell me you’ll beat me when we meet and you’ll see that it’s not about size. I’m the same outside of the ring as I’m in.”