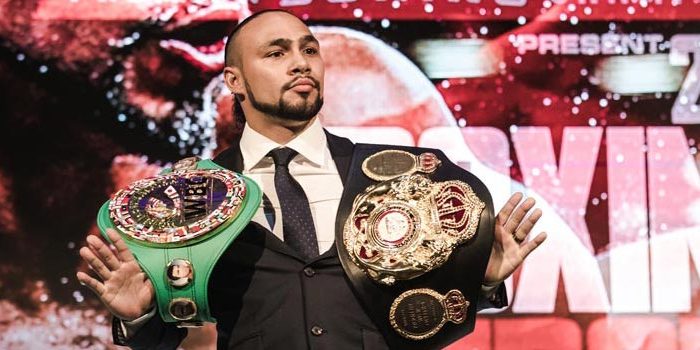 Thurman, 29-years-old, has been out of the ring since winning a close twelve round split decision over Danny Garcia in March of 2017.

On May 19, the news broke that Thurman would be out of action for at least six months following surgery on his right elbow – which he says was an issue prior to the win over Garcia.

He was sent to fight at Barclays Center in Brooklyn on May 19 against an opponent to be determined. He then withdrew and claimed a left hand injury.

The extended layoff would force Thurman to vacate the WBC world title that he captured from Garcia in their unification.

Thurman’s decision was strongly due to to the WBC ordering him to make back to back mandatory defenses, against Danny Garcia and Shawn Porter – and Thurman was more interested in a much softer touch upon returning.

The WBC would then order Porter and Garcia to fight for the vacant belt.

Earlier this month, Porter won a twelve round decision over Garcia – and now Thurman is capable of getting a direct title shot upon returning.

Thurman is still hungry fight and aims to come back, once his body is fully healed, in what is arguably the most talent rich division in boxing.

“I’ve accomplished a lot in the sport, yet, we’re at a standstill. It can be very frustrating. I just wanna be injury-free and get back to work and have a few more good years at the top,” said Thurman to Premier Boxing Champions.