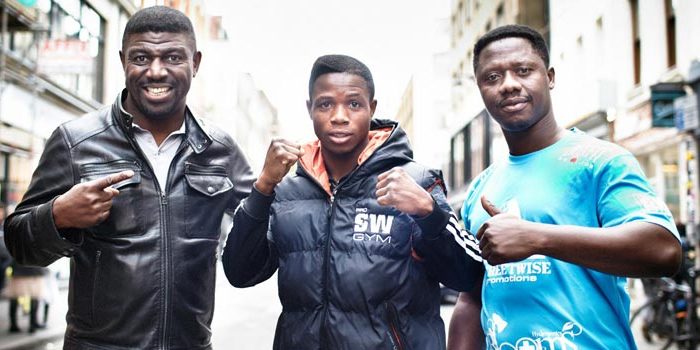 Among other things. Micah, 22-0 (18 KOs), accused Lokko of badmouthing him and conspiring to swindle him out of money. But in a Facebook post dated September 20, Micah wrote the following:

To all Ghanaians and Boxing Aficionados:

I recently posted a video on Facebook expressing my feelings and how I’ve been treated. I have had fights cancelled, training not go according to plan, and other issues that have been very frustrating. I just snapped.

Although I stand by the things I said, I was wrong in naming certain people on social media. I now realise the damage this has done and I apologise.

I want to apologise to Carl Lokko for making certain things public, which was wrong to do. In my anger and frustration, I shared all this on social media and was unaware of the uproar it would cause.

I also want to apologise to the Ghana Boxing Authority and all my fellow Ghanaians. I will make sure it never happens again.

Michael Amoo-Bediako, my manager, has made it clear to me that this type of behaviour is unacceptable and there is no place for it in our sport. He has warned me about the negativity social media brings if used improperly and I now see that for myself.
Again,i would like to offer my sincere apologies to all concerned parties.