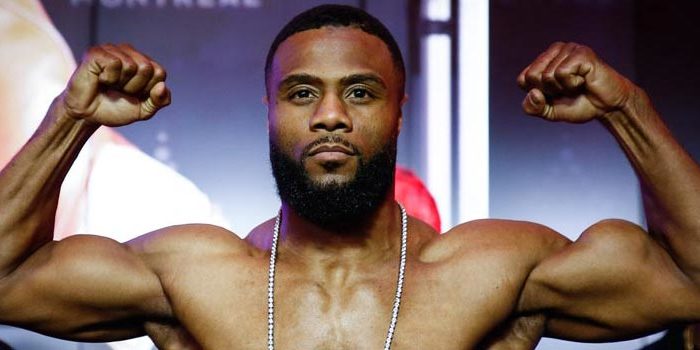 It will be a second consecutive cruiserweight fight for Pascal, the Laval, Quebec fighter, and this time he will try to get his hands on the CPBC Canadian cruiserweight belt.

The Jean Pascal vs Gary Kopas fight is like a real-life remake of the original Rocky movie. In one corner there is a blue-collar road warrior, Kopas, who has fought in everybody’s hometown and not always given a fair shake, yet, he still pulled himself up to be the CPBC Canadian cruiserweight champion.

Now, he’s been given the opportunity of a lifetime to fight one of Canada’s best and most notable fighters of his generation, Pascal. In the other corner is the former undisputed lineal WBC and The Ring Magazine light heavyweight champion, Pascal, who has fought some of the all-time bests.

This fight gives a local blue collar worker a chance to prove his worth in a battle called: ‘‘The Match!’’

The President of MG Ring Productions, George Reynolds, and the President of Groupe Yvon Michel (GYM), Yvon Michel, negotiated for a little more than a month to come to an agreement. GYM represented Jean Pascal and his advisor, Greg Leon, for this fight.

The clash, entitled “The Match of The Year”, will be featured on pay-per-view in Canada. A press conference will be held soon to reveal more details.

“Kopas has not lost in a few years and I will not take him lightly,” Pascal said. “I know he will come to surprise the world and try to ruin my career, but everyone who knows me knows that his career will end on November 9.”

‘‘My last fight was a bout in my hometown (Saskatoon) against a guy from Mexico,” Kopas noted. “Besides that, I’ve been staying in the gym, learning new skills and enjoying life. When I first heard I was fighting Jean, I was shocked… happy, but shocked. Getting the opportunity to make history and show the world the best me is an insane feeling.

“This is a huge fight for me. Pascal has done great things and I’m really looking forward to showing my best against a former world champion. This fight will change my life, but I want Pascal to understand that his life is going to change too, after his defeat. I hope he stands toe-to-toe with me like he did his last fight. He will not last long.

‘‘I want to thank all my family, friends, and fans for all the crazy support already and thank my management, MG Ring Productions, for this opportunity. It’s going to be a hard eight weeks of intense training, but knowing I have the support of such awesome people really helps.’’

“Jean Pascal is a man of challenges and when he realized the seriousness of Kopas and his organization, he decided as usual to take it,” Michel commented.

“At this point in my career,” Pascal added, “it’s very important for me to stay active. We had other plans that, unfortunately, fell at the last minute but, fortunately, the fight with Kopas came.”

In the co-Main Event, undefeated Cody “The Crippler” Crowley, who is the current CPBC International Jr. middleweight champion and current CPBC Canadian middleweight champion, will defend his titles. On the undercard, Quebecker Eric Barrak (8-4-0, 7 KOs) will fight for the North American CPBC heavyweight title, while Mario Perez (19-7-5, 11 KOs) of Toronto, will do the same for the CPBC International super featherweight (130 lbs) belt. Five championship fights will be presented on this spectacular boxing card. Others to be named.