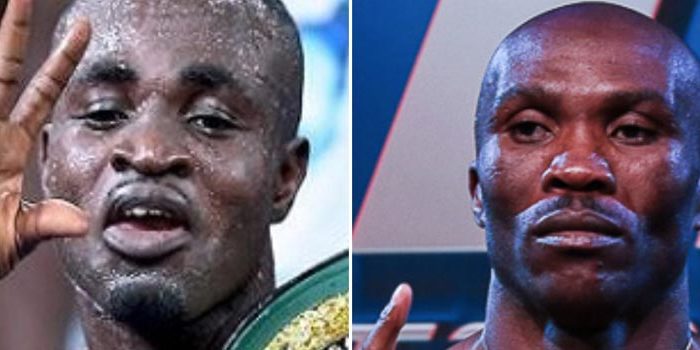 Emmanuel “Gameboy” Tagoe says he is focused on knocking out Namibia’s Paulus Moses when they meet October 20 for the WBO Africa lightweight title at Bukom Boxing Arena in Accra.

Despite talk of a KO, Tagoe, (28-1, 14 KOs), says he would accept any decision against the former two-time WBA world lightweight title holder should the fight travel full length.

In an interview with the Daily Graphic yesterday, the 29-year-old Ghanaian promised to come back stronger, having been stripped of his IBO world lightweight strap.

“I am ready to surprise the entire boxing fraternity with a knockout victory against an experienced boxer such as Paulus Moses but will welcome any decision win as well.

“Losing my IBO belt has strengthened me to come back stronger and I am confident of finishing off Moses in order to enter into the WBO rankings,” he said.

Tagoe was stripped when he didn’t face mandatory challenger Fedor Papazov by June. Namibia’s Moses, (40-4, 25 KOs), is far more accomplished at 40-years-old, his best days are well behind him.

Ahead of the bout, the managers of Tagoe, Baby Jet Promotions, have announced that former world title-winning trainer, Adama Addy, will work the corner of their charge

When asked whether he decided to change his trainers because he felt he needed a more experienced hand, Tagoe denied any such assertion, noting that the move was just to improve him.

He paid tribute to all his past trainers but explained that the experience of Coach Addy would only propel him to greatness, which would begin against Moses.

“I wouldn’t say I changed my trainers because they were ineffective but it was just to improve myself with the experience of Adama Addy who won a world title with Joseph Agbeko,” Tagoe said.