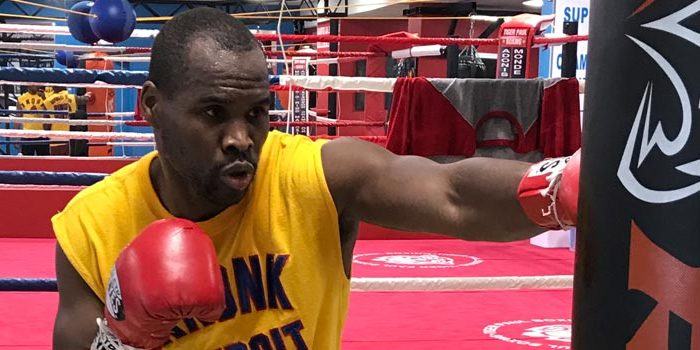 Tickets will be in presale Wednesday and Thursday and general admission go on sale this Friday at Gestev.com.

The “Mandatory” event will be broadcast in the United States on a major network and in Canada on pay-per-view via Indigo, Bell TV and Shaw TV. More details will be given Oct. 9 during a press conference in Quebec City, attended by all the participants of this exciting boxing card.

“We are very excited to be returning to the Videotron Center for this fifth Superman world championship defense in Quebec City, more than anyone else in the history of boxing,” GYM President Yvon Michel said. “The challenger is talented and seasoned. The danger is present, but the belt will remain with Quebecers! The challenge is colossal, but the show will be solid and the evening fantastic, an appointment not to be missed,”

“The clash between Adonis Stevenson and Oleksandr Govdzyk will be the third world championship fight in the young history of the Videotron Center and the second for champion Adonis Stevenson,” added Martin Tremblay, Chief Operating Officer of Quebecor Sports and Entertainment Group. “Fans from all over Quebec will appreciate the quality of this gala. The Videotron Center occupies an important place in combat sports with its sixth event in 2018,”

“I am very proud to be back in Quebec City for this mandatory title defense and offer the opportunity to American viewers and on the international scene to rediscover the beauties of Quebec City as well as the hospitality and the Latin passion of the Quebec boxing fans,” Stevenson commented. “I know many believe December would be the end of my reign against this young undefeated Olympic medalist. The message I am prepared to send with this fight is: I am still the No. 1 light heavyweight and I still have several chapters to add to my journey as world champion. December 1st at the Videotron Center is a personal invitation to Quebec fans. You will not be let down, I will win by KO!.”

“I am one of the best boxers in the light heavyweight division and the time has come for me to prove it to the rest of you,” Gyozdyk insisted. “The WBC gave me this opportunity and I am thankful for it. Adonis has been in this position too long. My time is now!”

“Oleksandr has been waiting for this opportunity for a very long time,” Gvozdyk noted. “He respects Adonis Stevenson as a fighter, but make no mistake, his time is now. ‘The Nail’ is going to leave Canada as the new WBC light heavyweight champion.”

“The WBC championship bout between Stevenson and Gvozdyk will be among the best fights of the year, proclaimed Top Rank CEO Bob Arum. “It’s a must-see for all boxing fans.”

Recognized as one of the most powerful punchers, pound-for-pound, in the boxing world, Stevenson will attempt to successfully defend his title for the 10th time on December 1st.

In his last outing on May 19 at the Air Canada Center in Toronto, he fought a draw with former WBA light heavyweight and WBC super middleweight world champion, Badou Jack, in a spectacular fight, while Floyd Mayweather Jr watched from ringside.

World champion since his violent knockout over the American Chad Dawson in 2013, “Superman” will try to hammer his mandatory aspirant nicknamed, at the Videotron Center.

Bronze medalist at the London Olympics, Ukrainian-born Gvozdyk moved to Oxnard, California, to begin his professional career in 2014. He has marched forward ever since, racking up 15 wins in 15 bouts, 12 by knockout.

During his last appearance in the ring on March 17 at Madison Square Garden in New York, he defeated Frenchman Mehdi Amar by unanimous decision to become Stevenson’s mandatory challenger, winning the interim light heavyweight WBC title along the way.

Teammates of Vasyl Lomachenko and Oleksandr Usyk, Gvozdyk is a talented and dangerous boxer, as evidenced by his victories by referee stoppage over Yunieski Gonzalez, Isaac Chilemba and Tommy Karpency. In addition, he is now trained by the legendary American trainer and commentator Teddy Atlas.