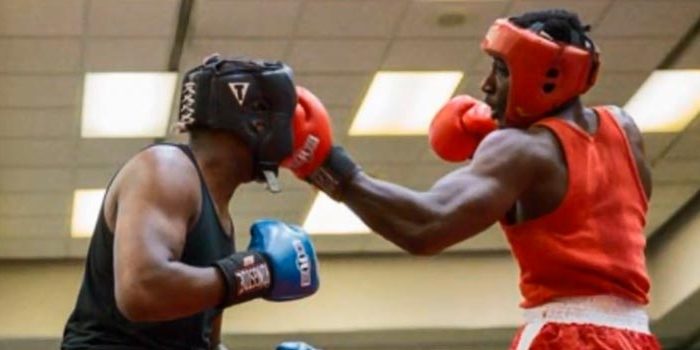 AARON SLOAN, vice-president of the Kansas Oklahoma Golden Gloves Franchise and owner/head coach of Tulsa’s Engine Room Boxing Gym, announced that four Oklahoma amateur boxers will advance to compete in the National Golden Gloves Tournament of Champions May 14-19 in Omaha.

Neida Ibarra (F-125 lb/Tulsa Boxing Gym/Tulsa), Stephanie Tolson (F-132 lb/Roughhouse Boxing & Fitness/Edmond), Joseph Garcia (M-178lb/Roughhouse Boxing & Fitness/Edmond) and Jeremiah Milton (M-201+lb/Engine Room Boxing/Tulsa) will compete at the National Tournament, considered to be one of the most prestigious amateur boxing events in the U.S. This is the first time female fighters have had the opportunity to participate in and advance to the National Tournament.

“We’re excited to have five Golden Gloves regional champions from our state, and we feel we’re sending some very competitive fighters on to Nationals,” Sloan said. “This is a great opportunity for our Oklahoma boxers. Competing on the national level is not only a significant achievement for the individual fighters, but also it raises the profile of Oklahoma amateur boxing in general and helps build the sport.”