BoxingAfrica.com just spoke to former world champion and current lightweight contender Argenis Mendez upon hearing the news that his showdown versus Ghana’s Emmanuel “Game Boy” Tagoe has been postponed for a second time due to an injury Tagoe suffered in camp.

No word on the what happened although sources say it occurred in the groin/leg area. A new date, likely in late September/early October, will be announced shortly.

Mendez, who is currently in England training with Lee Beard, expressed disappointment at the news. 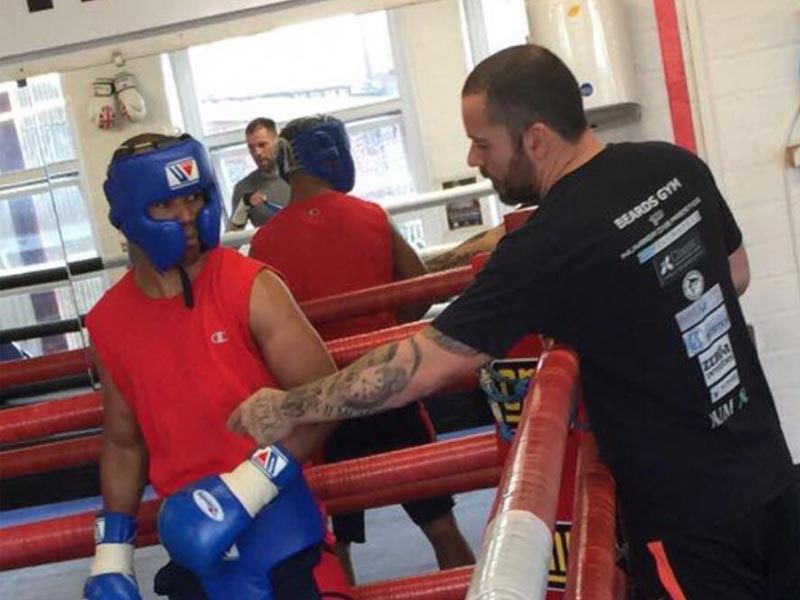 “I was really excited for this fight so I don’t know why they keep postponing it,” he told BoxingAfrica.com. “They say he’s sick or injured, I don’t know. At least it gives me a chance to continue to work on my skill, speed and technique. I haven’t worked with trainer Lee Beard in a long time and I’m getting good sparring here in England so we’ll see if I stay here in England or return to New York.”

Mendez pointed out that it’s difficult to continue training for this long and that each slight change upsets the schedule and his psyche. That said, he’s been sparring with opponents who he says are able to perfectly mimic Tagoe’s style.

“I like Tagoe, he’s a funny guy,” Tagoe said with a laugh. “He performs for the crowd. I like his skill, he’s a good fighter. He tries to fight like Floyd Mayweather but I do it better on fight night. I think people discredit me because I had a couple bad years but I had a real bad back injury, you know? But there are levels to this and now that I am healed, you will see the difference.”

The fight is still scheduled to take place at Bukom Boxing Arena in Accra, Ghana. Mendez, a New York-based fighter originally from the Dominican Republic, is no stranger to fighting in Africa. At 23-years-old in 2011, he traveled to South Africa and won a clear decision over former world champion Cassius Baloyi.

“I loved that experience,” Mendez recalls. “The people were wonderful. I really loved being around them, talking to the fans, spending time with them and the judges also treated me fairly. I am friendly with Joshua Clottey and Alex Kotey. We had the same management many years ago. So I know about Ghana and I know Ghanaians know their boxing. I am really excited to come out and perform for them.”

Mendez was supposed to fight then-IBF World super featherweight champion Mzonke Fana after Baloyi but Fana refused, forcing the IBF to strip him of his belt. 13 months later, Mendez was wearing that strap.

“Fana was too old when he fought Tagoe,” Mendez notes. “If I fought Fana now, I would knock him out in two rounds. He’s too slow, too old. So Tagoe will see the difference when he fights me. I am really excited for us to match our skills and give the people in Ghana a good show.”

And we’re real excited to see it. Stay tuned to BoxingAfrica.com for more details!