Fredrick Lawson has been here before. He knows what it’s like to have your locker surrounded by admiring faces and reporters hanging on your every word. Lawson knows what the other side is like too; when folks speak of you in the past tense, if they speak of you at all.

Once Ghana’s most promising prospect, “General Okunka” worked his way up to an IBF welterweight title eliminator versus Kevin Bizier in November 2015. A victory meant facing then-champion Kell Brook next. Lawson started strong, but Bizier came on down the stretch, scoring a tenth-round TKO when a jaw injury forced Lawson to retire.

The loss set off a series of events that Lawson cause to reflect while mending. So-called friends disappeared. Ghanaian media outlets who once hounded him now rarely mentioned his name—even fewer reached out. 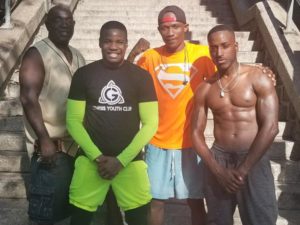 Lawson opted for a fresh start once he healed. He is now based in New York, switching from famed trainer Abel Sanchez to Kwame Asante, who guided the careers of Joshua Clottey, Alfred Kotey and Ben Tackie. Lawson’s remained in the gym since, ending his 15-month layoff last March in Ghana with a decision over Sakima Mullings.

The performance caught the eye of legendary former world champion Evander Holyfield, who signed the 28-year-old Lawson (25-1, 20 KO’s) to a promotional contract with his new company, Real Deal Sports & Entertainment. The maneuver places Lawson in familiar territory, on a road he’s traveled before. BoxingAfrica.com sat down with him as he explained the lessons he’s learned, a potential September return and much more.

Thank you. I feel great. I’m really excited about having Real Deal Promotions behind me and giving me a chance. I just thank God that after all the hardships, everything is coming around like I wanted and I have to thank my manager, Jacob Zwennes for finalizing this deal and bringing me to this level.

Can you provide any news as far as your next fight?

As far as opponents, I haven’t been told, but my focus is on getting ready for a September fight no matter who it is. We’ll know more in the days ahead but I am preparing already. I’m in the gym every day.

Your victory last month was your first fight in 16 months. How did it feel to be back in the ring after the layoff?

It was a good fight because I needed the tune-up. I’ve never really been affiliated with the WBC so it was nice to win the vacant WBC International Silver welterweight title and to be rated by them. I’m just thankful. I had a few injuries, had so much time away from the sport, so to come back, get the victory and then be ranked by them, I just have to thank God.

Did you feel rusty at all?

I didn’t feel that rusty but I also know I can do better than what I did. But it had been a long time since I had gone 12 rounds. To do it an open arena was a good test for me. People will have to see what I will show them next and that’s what we are preparing for. We got the victory and I went right back to the gym. We’re ready.

You’ve experienced ups and of course the downs with the Kevin Bizier loss and the jaw injury. What did you learn from that fight and about yourself?

I learned many things in that fight, particularly about preparation. My trainer then (Abel Sanchez) told me to make sure to watch my eating habits and stuff. I was putting in the work in the gym but I wasn’t eating the right way because I was really concerned about cutting weight and making sure I was on point. 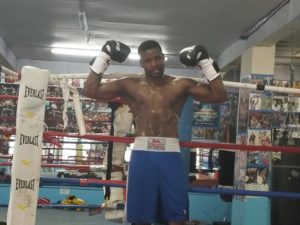 I thought I was strong but when I got into the ring I felt weak. So, I could see the opportunities to land against Bizier but I didn’t have the strength to throw the punches. The spirit was willing but the body was weak and I got tired. I promised myself and to my fans that this won’t ever happen again. I’m 100% now.

You’re 100%, you’ve got a new promotional company and a new lease on your boxing career. What are your short-term goals right now?

I want to move up the WBC ladder, all the way to that green world title belt. That is the biggest one of them all. I want the very best, I want the big fights. But we can’t rush up the mountain; we’re still climbing. So, I’m taking it one day at a time. I’m still young.

You’ve trained and fought in both the U.S. and in Ghana. What do you think Ghana needs to take their boxers to that next level?

The biggest difference is that Ghana doesn’t have the same training facilities as they do here. Second is the boxing trainers. Here in the U.S., the trainers teach. In Ghana, they just tell you to do it and they are all about power and strength. Here, you’ll learn that, besides power, you must use your eyes, and your mind, your ears…everything. In Ghana, everyone thinks they are a coach. It’s sad.

The boxers themselves must also pass through the regimen of boxing. Fight in the juveniles, go to the amateurs, then the national team, travel and get experience and exposure before you turn professional. The boxer must crawl through this before they stand as a professional. If they don’t and they reach the big stage, you will find yourself in the ring experiencing things you have never seen before. There is no magic punch in boxing. So, we should build our fighters wisely. 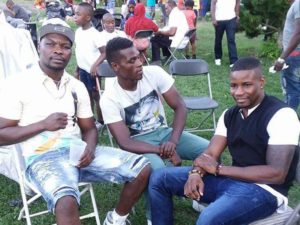 It’s really about your mind and how strong you are mentally. Unfortunately, not too many Ghanaian fighters have that mindset. Richard Commey is here with me—he has that mindset. Same for Duke Micah and Isaac Dogboe. There is talent in Ghana. Thank God Azumah Nelson has a promotional company now. He understands what it takes and he is doing good things over there.

Obviously, you, Richard, Duke and Isaac are leading the charge internationally for Ghana. Do you see others locally who have the talent to become world champions?

Well the boxers and coaches must dedicate themselves and be serious. I sometimes listen to these boxers on social media, calling themselves the “King of Africa Boxing” or “African Mayweather” and all this blah blah. They are just funny to me. If you want to be a champion, travel outside of the country and test yourself. Don’t sit in your country and say you are this and that. Let the world give you that name. Don’t be a king in your backyard, be a master everywhere. If you feel you are the man, travel outside the country, see things and fight for yourself as Richard Commey, Duke Micah, Isaac Dogboe and myself are doing here.

Ghana boxing is coming up now so there are opportunities and those fighters must take advantage. Azumah Nelson can really help. The boxers must also be wise. There was a young boy who used to come and watch me in fight. And I saw a couple months ago that he is now fighting. And it broke my heart because this boy shouldn’t be fighting professionally. I called and asked him why is he jumping to professional and he said he needed money. I understand but boxing is not a game where you can just jump into it. It is dangerous. You have to pass through levels. Ask the Klitschko’s what they did to get to where they are.

Switching gears for a second, you were in Gennady Golovkin’s camp as both of you had the same trainer (Abel Sanchez). What’s your take on his Sept. 16 fight versus Canelo Alvarez?

I like GGG to win. Canelo worked in GGG’s camp before so GGG knows him and Abel knows him. I don’t know if it’ll be a KO or a decision but GGG is going to win. GGG has been waiting for this moment. This is a huge fight for him and his biggest payday. I believe he’s going to go for the KO but either way, I think he wins.

And in closing, anything you want to say to your fans?

I want to say that “General Okunka” is back and he is back in style. Watch me this September and see the action I bring. I love you all. 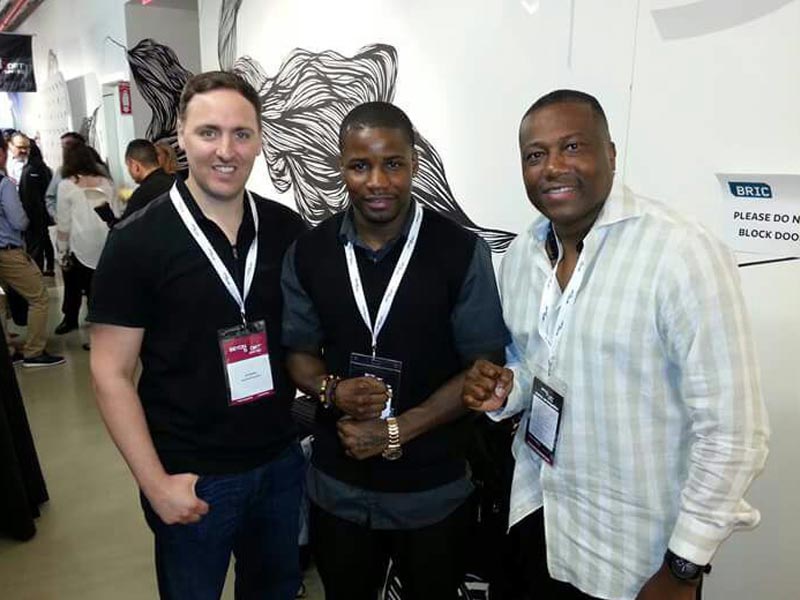