The undefeated Crawford landed a vicious, perfectly placed left hand to the right side of Julius Indongo’s body and knocked him out in the third round of their scheduled 12-round, 140-pound title fight in Lincoln, Nebraska. Crawford’s surprisingly quick victory sent a capacity crowd of 12,121 into a frenzy at Pinnacle Bank Arena, about a 45-minute drive from Crawford’s hometown of Omaha.

The previously unbeaten Indongo (22-1, 11 KOs) was writhing in pain, flat on his back, as referee Jack Reiss counted him out at 1:38 of the third round. 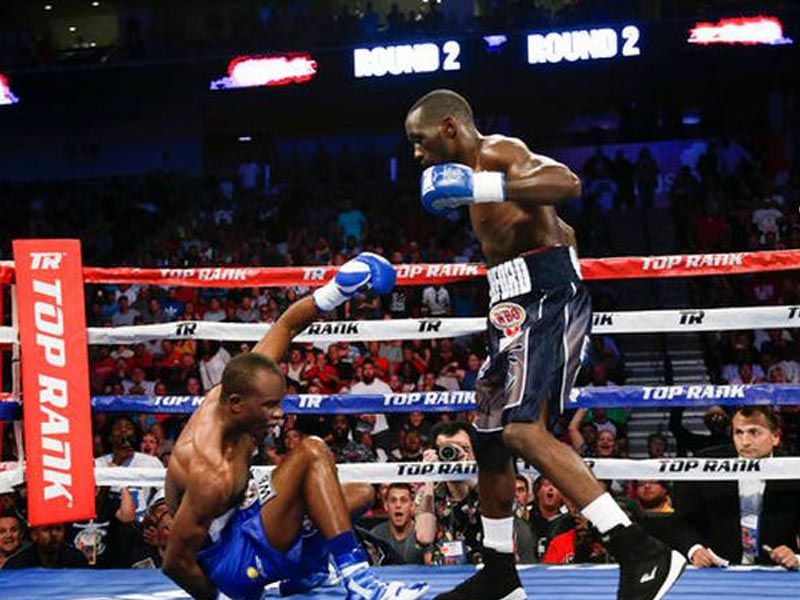 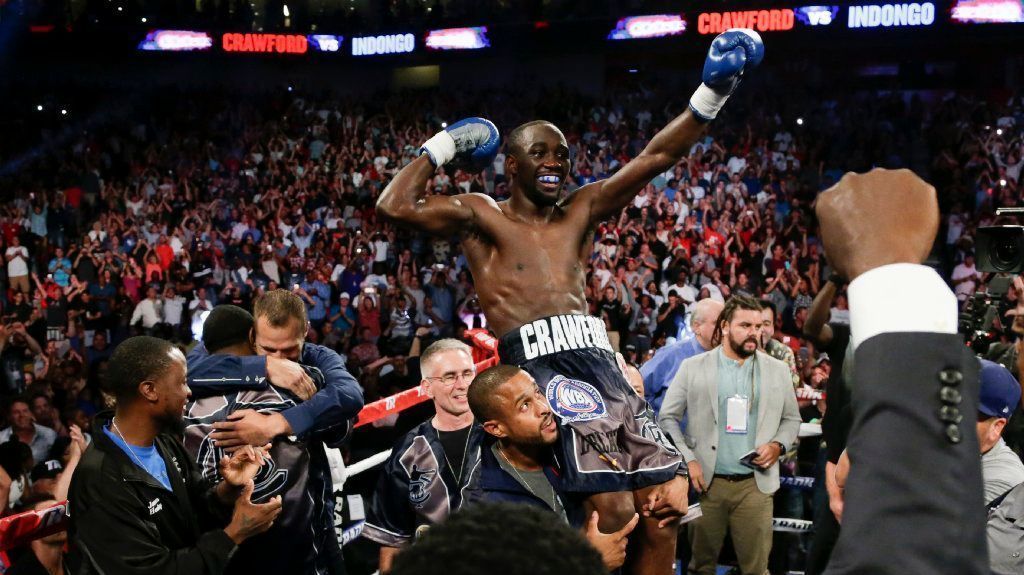 Crawford joined Taylor and Hopkins as the only boxers to own four recognized titles simultaneously since the WBO became a recognized sanctioning organization in the 1990s.

“Belts matter, you know? I’m the only one that can be labeled as a champion at 140,” Crawford told ESPN’s Bernardo Osuna after the fight. “And that’s a big deal to me.”

Beyond belts, the 29-year-old Crawford continued to demonstrate his diverse skill set by finishing Indongo with a brutal body shot.

“Oh man, we’ve been practicing on body shots all camp,” Crawford said. “It’s been a rough, tough camp. And everything that we worked on in camp, it came out today in the fight.”

The two-division champion also continued to make a strong case for recognition as one of the best boxers, pound-for-pound, in the sport. Unbeaten light heavyweight champion Andre Ward (32-0, 16 KOs) is ranked No. 1 pound-for-pound by BoxingScene.com, ESPN.com and The Ring magazine.

“Andre Ward, oh that’s my guy,” a smiling Crawford said as he looked toward Ward, who was part of ESPN’s broadcast team Saturday night. “That’s one of my favorite fighters. But I had to top him on this one.”

Before finishing him, Crawford floored Indongo after landing a left hand to the side of Indongo’s head with less than a minute to go in the second round. A stunned Indogo got up as Reiss’ count reached eight and was able to survive until the bell sounded to signal the end of the second round.

Crawford previously knocked Indongo off-balance with a short, counter right hook in the first round.

Two rounds later, Crawford ruined Indongo’s incredible run over the past eight months from anonymous African contender to a world champion who made seven figures for their Saturday night.

Before falling to Crawford near his hometown, Indongo burst upon the international boxing scene by beating two world champions on their home turf in back-to-back bouts.

Indongo needed just one punch and 40 seconds to knock off Russia’s Eduard Troyanovsky (26-1, 23 KOs), then the IBF 140-pound champion, on December 3 in Moscow. He followed up that spectacular performance by soundly out-boxing Scotland’s Ricky Burns (41-6-1, 14 KOs), who Indongo defeated by unanimous decision in their 12-rounder to win the WBA super lightweight championship April 15 in Glasgow.

Crawford, meanwhile, wouldn’t say whether he’ll remain at 140 pounds or move up to the welterweight division for his next fight.

“Well, I’m going fishing next,” Crawford said. “And then I’m gonna rest up with my family. And then my coaches and my managers, they’re gonna see what’s next for me.”