BROOKLYN (June 19, 2017) – Four-division world champion Adrien “The Problem” Broner and three-division world champion Mikey Garcia went face-to-face for the first time Monday before they battle in one of the premier matchups of the summer that headlines SHOWTIME CHAMPIONSHIP BOXING Saturday, July 29 live on SHOWTIME. Broner vs. Garcia is presented by Premier Boxing Champions at Barclays Center, the home of BROOKLYN BOXING®.

The fighters spoke to media at Dream Hotel Downtown in Manhattan to discuss their 140-pound clash that will headline an exciting night of action later this summer.

Here is what the participants had to say Monday:

“I want to thank everyone who showed up today. I’ve been in some crazy situations and I’m blessed to be here. To get a fight like this is huge. Boxing is going back to the old days where the best fight the best. Mikey is definitely one of the best out there today.

“This can take our careers to the next level. I’m taking this seriously. I’ve been training in Colorado Springs. The weight will not be a problem. This gives me a reason to make 140. I’m not paying a man to put hands on me. 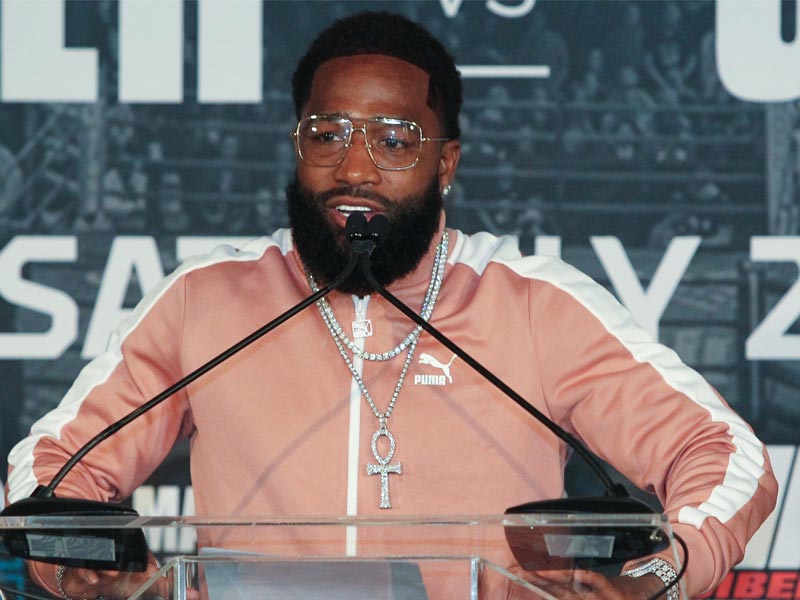 “I’m training hard and I think this will be one of the best performances of my career. This will take me to the superstar level where I need to be. I heard Mikey is a big favorite – they aren’t giving me much of a chance. I hope no one puts their house against me on this fight, because it won’t work out well for you.

“This fight will definitely bring the best out of me, because Mikey isn’t a sloppy fighter, he isn’t an awkward fighter. Don’t get me wrong, he’s a Mexican, but he boxes like an African American. We’re going to have a nice fight and I can’t wait to put on a show.

“When you’ve got two athletic fighters that have skills, it can only bring the best out of each other. And the cream always comes to the top.

“I’m more focused this training camp. There are so many distractions in Cincinnati or D.C. There is nothing to do in Colorado but look at the mountains and box.

“It’s going to be a great fight. Robert Garcia is a great trainer for his little brother. We’re both undefeated at 140-pounds and under. Something has to break. I want everyone to tune in on July 29. You will see a real serious Adrien Broner in the ring. It might get ugly for Mikey on July 29.”

“I’m very thankful for this opportunity. I can’t stress the importance of this fight enough. It’s the biggest fight that I could have. There are other names that are out there, but nothing made more sense than facing Adrien Broner.

“Adrien has accomplished a lot and when he’s at his best, he’s really great. That’s what I expect on July 29. I see that he’s taking this seriously by moving camp to Colorado. I expect him to bring the best out of me and give the fans the best fight possible. 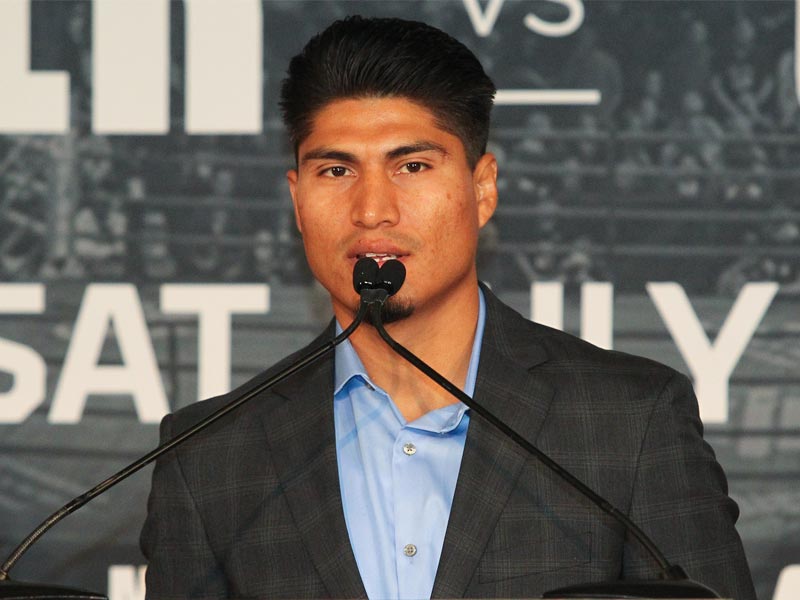 “The fans here in New York have always treated me well and it’s a fan base that just really loves boxing. The fans are what make me a world champion. I owe it to them to perform to the best of my abilities. I’m going to come ready on July 29 so that this fight is remembered as one of the best of the year.

“I think he is motivated because it’s a big fight, one where he can try to get his career back on track and try to be a superstar like he has been in past big fights. He didn’t perform so well in his past fight against [Adrian] Granados and this is an opportunity for him to jump back and be a superstar again. And I think that’s what’s motivating him for this fight.

“The weight makes sense to me for this type of fight. 135-pounds is probably my best division, but I don’t think this will be much different. I’ll make weight a little more comfortably and still keep my speed and power.

“I’ll do whatever it takes to win this fight. I’m more of a boxer-puncher but if I need to press the fight and put pressure on, I’m going to be ready to do that.

“Adrien is going to come to beat me and I’m coming 100 percent to beat him. The fans will be the winner on fight night, but my hand will be raised.”

“These are two really talented fighters and they’re going to put on a big show. We know Mikey is going to be prepared so we are going to do everything we can to be ready. 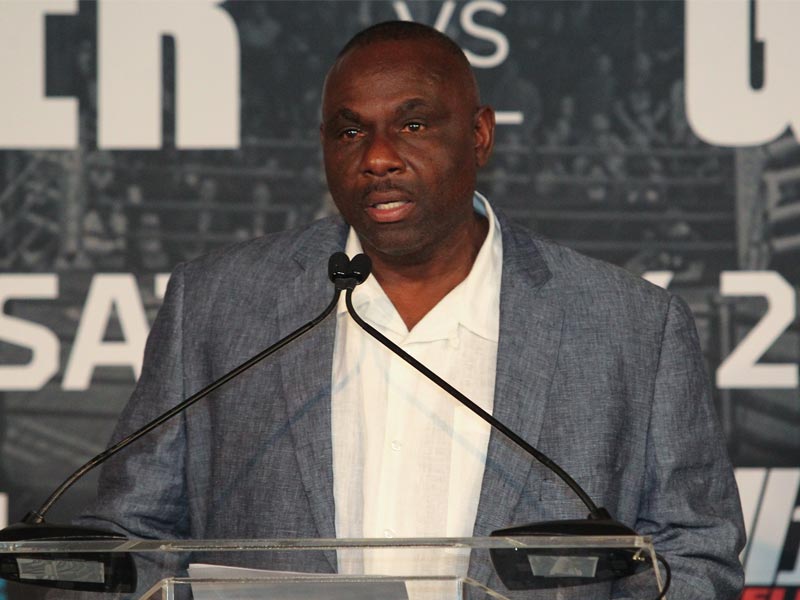 “Being in Colorado for training is like home for me and Adrien. This is what we’ve done since he was 18-years-old. Expect the same thing as every time before when he comes focused and prepared.

“Adrien is going to win and win real big. It’s going to be a tough fight, but we’ll be victorious when that final bell rings.”

“Every time Mikey and I come to New York we get nothing but love. We know Adrien is very talented and that’s why Mikey said yes to this fight. It took less than 30 seconds for him to agree. 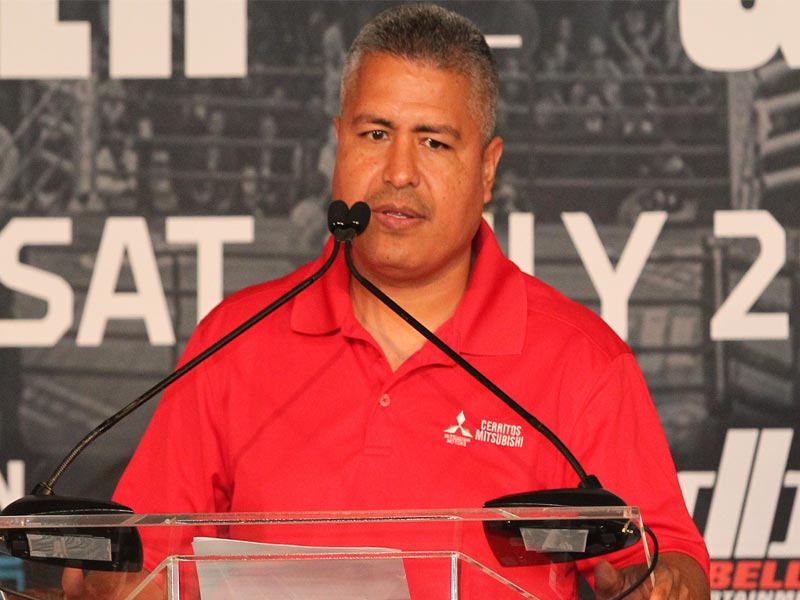 “Mikey wants nothing else but big fights and we have one here. Expect a hell of a fight on July 29. I know we’re both going to be in great shape on fight night.”

“I love this fight. This is why we do this job. We want to make sensational fights like this for the fans to enjoy.

“Adrien Broner has spent a lot of time at the top of the sport while Mikey Garcia has made his way back to that top tier emphatically since returning last year. 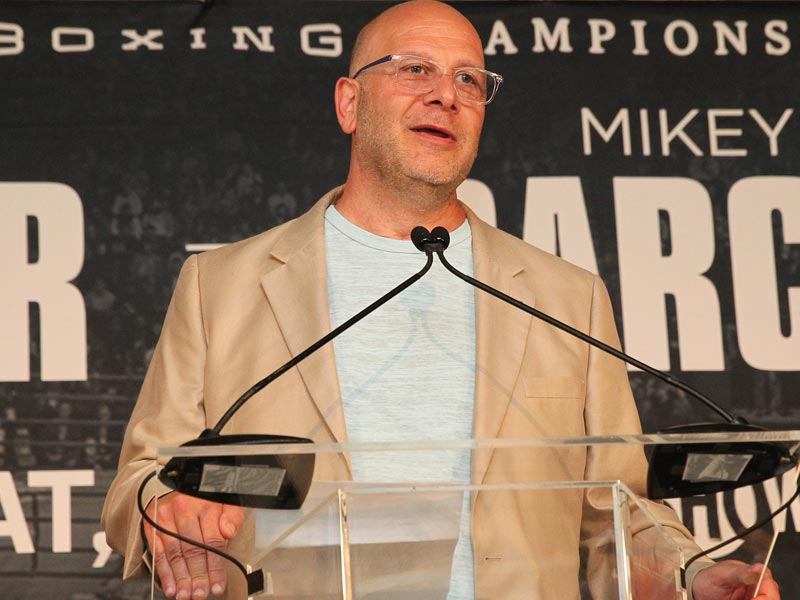 “Mikey has insane amounts of talent. He’s a tremendous ambassador for the sport and he can do everything in the ring.

“Adrien Broner is a star. He’s ‘The Problem’ and sometimes he’s his own biggest problem. He’s an entertainer. People hate him but they pay to see him. He gets a lot of love and he gets a lot of hate. That’s worked for a lot of guys in this sport over the years. People care about him.”

“The bar has been set so high when you look at this year in boxing. It’s a high bar to get a main event at Barclays Center. The standard is very high and this fight certainly satisfies it. Two of boxing’s brightest young stars, both under 30 years old matching up against each other. 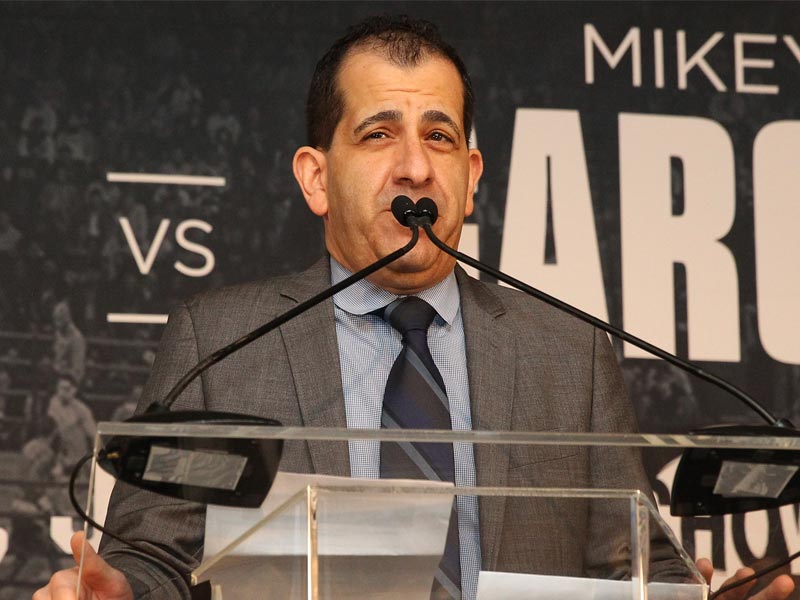 “This is the 19th live boxing event on SHOWTIME this year. Three world title unification, three world title rematches and six times where a top five fighter has fought another top five fighter in the division. We’re proud to bring you these two fighters on SHOWTIME. I give the fighters all the credit in the world for taking this fight. These guys are ready for big fights and they are proving it.”

“On July 29, Barclays Center will host its fourth major card of 2017. There is a great heritage of boxing in New York and I’m proud that Barclays Center is the number one boxing venue in the country. It has become a destination for the sport’s best talent, with Adrien and Mikey being two prime examples of that. 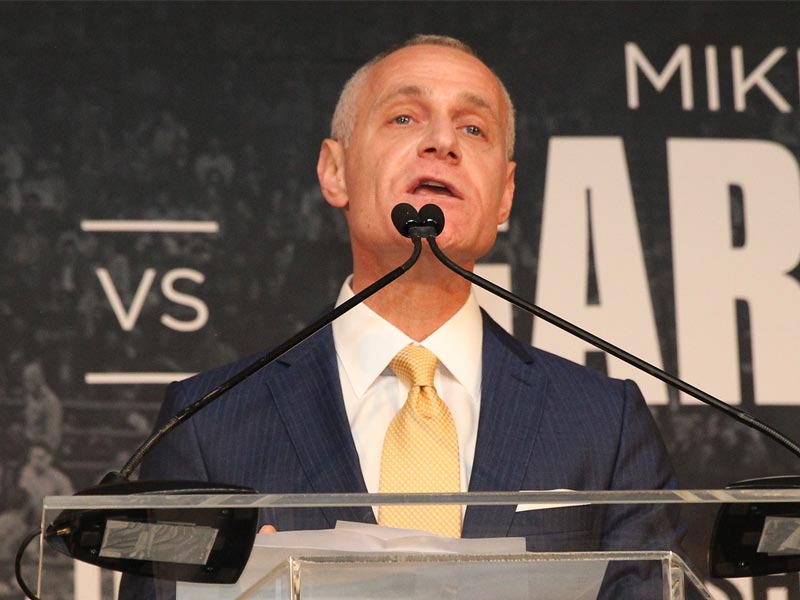 “I’m looking forward to one of the year’s most talked about fights. Adrien won a world title at Barclays Center and Mikey made his comeback there just last year. July 29 will be a special night not just for Brooklyn boxing, but for all boxing fans.

“Fights fans everywhere have already circled July 29 on their calendars and I look forward to seeing everyone next month.”

ABOUT BRONER vs. GARCIA

Adrien Broner vs. Mikey Garcia is a 12-round super lightweight showdown that headlines SHOWTIME CHAMPIONSHIP BOXING Saturday, July 29 live on SHOWTIME. Broner vs. Garcia is presented by Premier Boxing Champions at Barclays Center, the home of BROOKLYN BOXING®.