BoxingAfrica.com spoke to world lightweight title challenger Richard Commey at his favorite place: The gym. Fresh off a unanimous decision win over rugged Belgian Hedi Slimani, the new WBC fourth-ranked contender is keeping himself in shape at the famed Bronx Boxing Gym in Ghana as he awaits the next step in his career. Read on to hear Commey’s prediction for the Easter-Shafikov bout, the close decision losses in the past and why he’s looking forward to the future.

First, I want to congratulate you on a successful homecoming versus Hedi Slimani. How would rate your performance?

I would give myself a six out of 10. That wasn’t my best performance. I came into training camp with an injury on my left knuckle and it limited what I could do. I didn’t want to mention it before the fight or right after. We just tried to manage things but it hurt in terms of sparring, and training. But my fitness has always been good and that helped me.

Slimani ate a lot of big shots in that fight and kept coming forward. Were you surprised at how tough he was?

Well, I knew he was coming to fight. I couldn’t find much tape of him before the fight so I couldn’t study him much, so that made it tougher. But as a boxer, it’s about getting into the ring and making adjustments. After two rounds, you should be able to see what kind of opponent you’re fighting and his style. I did know that he attacked with big, wild punches but what surprised me is that I caught him on two occasions with punches I felt would take him out but he kept coming.

You hurt him in the sixth round and then you sort of backed off after that and decided to box.

Exactly. I didn’t really tell myself, ‘This guy is tough, let me box.’ After I landed those big punches in the sixth round, I started feeling the pain in my knuckle—even when I landed the jab—so I told myself that I needed to be smart. I’d throw a punch, it would hurt but I would take a few seconds to gather myself, move a bit and then come back in. And it worked. He never really caught me with anything that hurt me or wobbled me. In the end, this was the kind of opponent I needed. He was tough and put pressure on me. Guys like that will keep you sharp.

A lot of people didn’t get to witness your fight with Denis Shafikov last December but that was another controversial decision that went the other way. And it happened in Shafikov’s hometown of Russia. Give us your thoughts on what happened.

I did everything that I had to do. I executed the gameplan, I outboxed him, and I wobbled him on two occasions. Actually, it was in that fight that I hurt my knuckle. Maybe in the eighth or ninth round I started feeling the pain. In any case, I did what I had to do to win that fight. But when you travel to someone’s hometown, when the person promoting the fight is their promoter and they think it’s even a little bit close, it could go either way. So, as a boxer, you need to understand all these things. I just told myself that if everyone saw that I won the fight, then that is fine with me. I gave my all.

A similar thing happened in the Robert Easter Jr. fight. You traveled to your opponent’s country and it was a close fight that went the other way. What did these decisions teach you?

It was eye-opening for me. When you’re the underdog, or when your promoter isn’t the guy running things, it’s very hard for a boxer. You need that promoter so that you aren’t always the other guy or the opponent. I mean, it can really get you down. You and your team feel that you have everything it takes to become a world champion but if you’re fighting on someone else’s promotion, all your hard work can slip right through your fingers. That can discourage you as a boxer and if you’re not careful, that can lead you to more losses and the biggest loss of all is when you lose the passion for boxing.

But I haven’t lost the passion yet. I believe in God and I believe God has a bigger plan for me. I really want to be a world champion so I’m not letting this pull me down. Instead, I’m taking the positive from it. After those two fights, I got great feedback. Massive. And that makes me feel like I can do it again.

Easter and Shafikov will be fighting each other on June 30. You’re the only person that’s been in the ring with both. How do you see a fight between those two playing out?

Honestly, I think it’s going to be an easy fight for Easter. Shafikov is aggressive and comes forward. He’s very tough. But he doesn’t move his head and he takes a lot of punches. That’s not good when you face someone like Easter. And if it goes to the cards he must know that this is Easter’s promotion in Easter’s hometown so it will be very difficult for him to win. But I don’t think it’s going to be very close. Easter has a long reach so he doesn’t need to go toe to toe. He’ll keep him at the end of his punches all day. And then comes the right.

You’ve moved up in the WBC rankings and are close to a title shot there. But a rematch versus the winner of Easter-Shafikov is also enticing. If you had your way, would you want the winner of that fight or WBC champion Mikey Garcia?

I just want to be a world champion. So, whatever comes my way is what I want. I haven’t lost the vision and passion. I have the world championship quality. So that is all that is in my mind and all that I’m thinking about. And if I get that chance again, I’m going to grab it with both hands.

I know the injury has sidelined you a bit but you’re one of the few boxers who stays active. You had a tough fight in September in the USA, went to Russia for a tough fight in December, then came right back and fought a top ten opponent in March. Are you going to keep going at this pace?

You know what? This is boxing. If you’re fit and after every fight you’re good to go then you should fight again within three or four months. It doesn’t matter to me who I fight. I’m a boxer, this is what I live for. I think it’s a testament to your fitness when you can stay busy. And this is my job, so I have to be prepared for whoever comes my way. In between these fights, I’m just studying, learning, and keeping myself in shape. And when the time comes to step in the ring again, I’m always ready. For anyone. 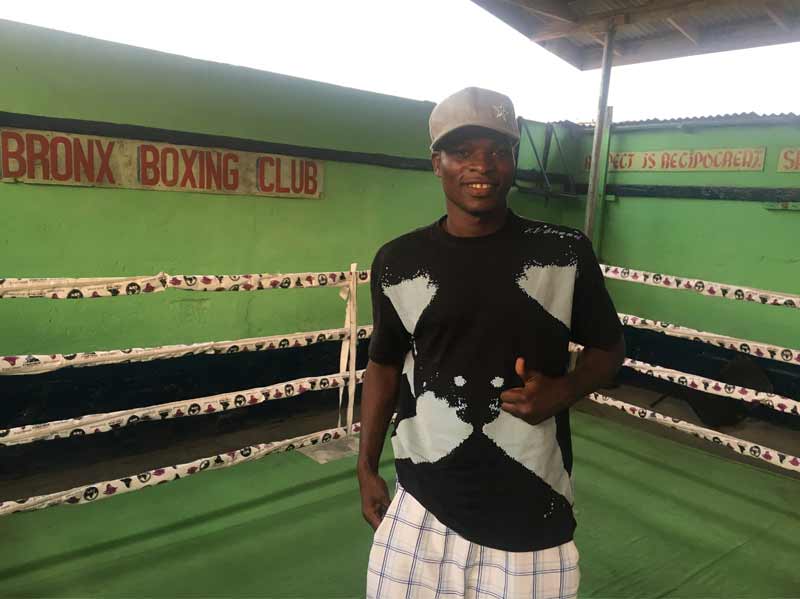