Spence, (22-0, 19 KOs), who with this victory became the first American to dethrone an Englishman on British soil in nearly a decade, executed a brilliant game plan to strip Brook, (31-2, 25 KOs), of his belt before his hometown crowd. 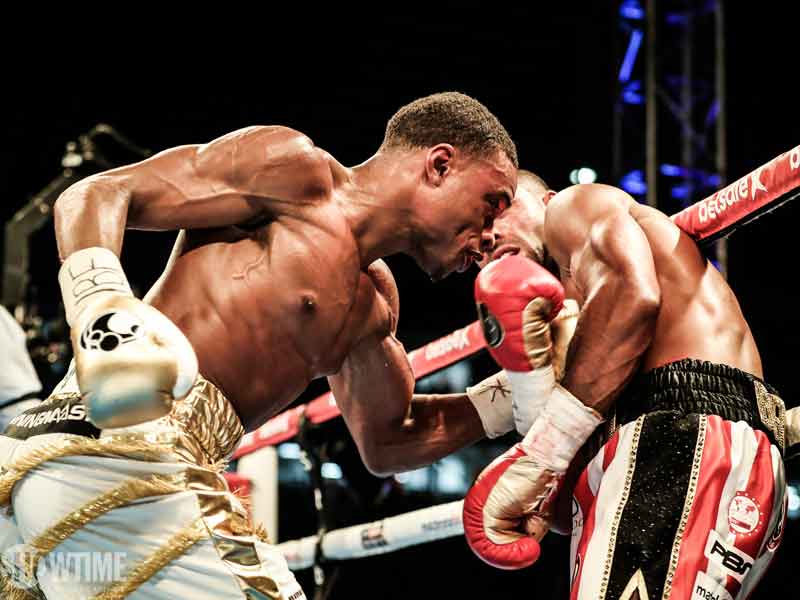 The early rounds were close and competitive with Brook holding the upper hand.  But Spence attacked the body from the southpaw position with accuracy. Jabs, counter lefts and body shots inflicted damage on Brook, who from the seventh on started having issues with his badly swollen left eye.

Spence dropped Brook in the 10th and Brook took a knee in the 11th from the accumulation of damage. Brook was counted out and referee Howard Foster waved the fight off. 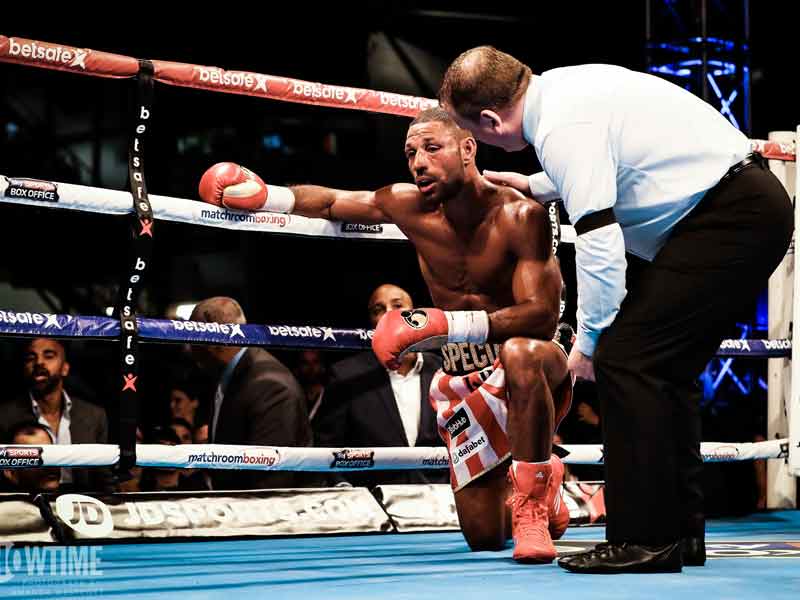 “I came out and I tried to do my best tonight. I’m happy I won but I’m critical of my performance,” Spence said. “I was overshooting my left. I give myself a B minus. I had a little trouble overusing my counter left.

“Brook is a great fighter, a true champion, but also a tricky fighter. He finds you from tricky angles and he can fight.

“I came here to his back yard in front of 30,000. That’s what real champions do. I fought a real champion tonight and I proved non-believers that I can fight. I’ve proven I have a chin and I have true grit.

“This fight was tougher than I thought it was going to be. I showed I can take a punch and I can throw a punch. I can face adversity and I can win.

“Brook went to America to take the title from an American, like a true champion. I came here to his hometown to get that title back from him. I wanted to win like true champion, and I did because that is what champions do.

When the 27-year-old Texan was asked about his plans for the future, he answered without hesitation, “Now is man down, start of season two. I want to unify divisions. I want all the champions. I want [Keith] Thurman, Manny Pacquiao. I want to fight the best, just like true champions do.”

Brook, who was clearly disappointed with his performance acknowledged that Spence hurt him in the seventh.

“I got caught on the left eye in the seventh and it felt really bad,” Brook said. “It was the one the worst feelings I ever had. Kind of like when GGG hit me on fracture my orbital bone. It was devastating. I just couldn’t see.

“It was a competitive fight. He got some rounds. I won some rounds too. I felt I was winning, but my eye didn’t allow me to continue. I just couldn’t see. You can’t fight if you can’t see.

“I got put down, and I got up because I’m warrior. I got up and kept on fighting, but on the eleven I just couldn’t see. I had to take the knee.”

Spence landed 44 percent of his power shots (comparable to the nearly 43 percent he landed in his four previous CompuBox-tracked fights) and 71 of his 246 total connects were to the body.

In the co-feature event of the evening, super middleweight George Groves won the vacant WBA Super Middleweight title with blistering assault that ended in stoppage at 1:13 of the sixth round. 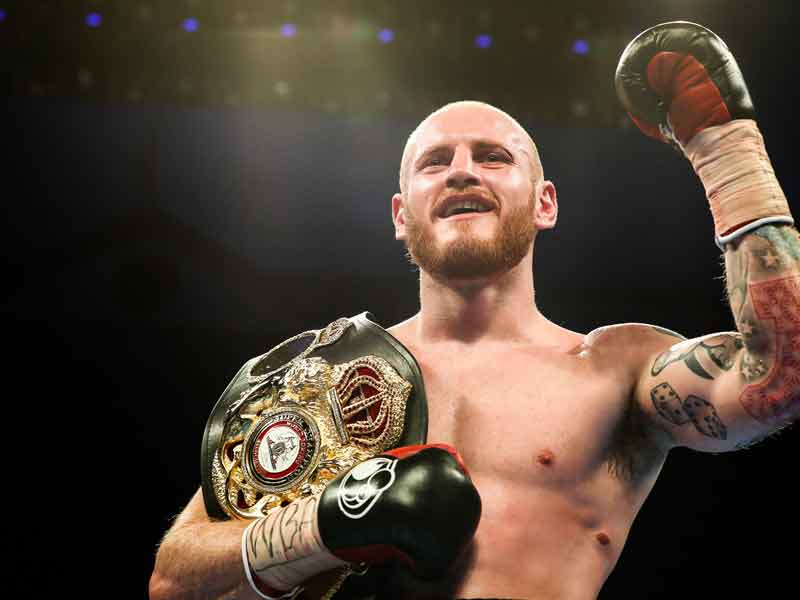 Groves, (26-3, 19 KOs), who was making his fourth attempt to win a world title, out-classed and out-landed his opponent, former super middleweight world champion Fedor Chudinov, (14-2, 10 KOs), landing 58 percent of his total punches as well as 78 percent of his power shots.

“I’ve got no words,” Groves said filled of joy. “It’s a lifetime’s work achieved. I’m over the moon. I want to thank everyone who made this happen, Shane McGuigan who has resurrected my career, and now I’m mature enough to admit that he brings the best out of me.

“In the end, I would have carried on punching until everyone had left and they kicked me out. I wasn’t going to let this belt slip.  [Chudinov] was catching me around the back of the head from the start, he has really devastatingly long arms, but I found my feet.”

When Groves was asked what he’d like to do next, he said: “Who wants to fight me? I’m sick and tired of chasing people.  I’m sure there’s people that want to have a crack at me now. I’m really looking forward to seeing Callum Smith win a WBC belt, truly believe he’s going to do that. maybe Paul Smith will pick up a world title, maybe me and him can do it again but right now I’m going to savor my win and spend quality time with my family and celebrate with my wonderful team. ”

An encore presentation of Saturday’s SHOWTIME CHAMPIONSHIP BOXING® telecast featuring Kell Brook vs. Errol Spence Jr. will air tonight and Sunday, May 28 on SHOWTIME and again on Monday, May 29 at 10 p.m. ET/PT on SHOWTIME EXTREME®.

The full telecast is available on SHOWTIME ON DEMAND® and SHOWTIME ANYTIME®.