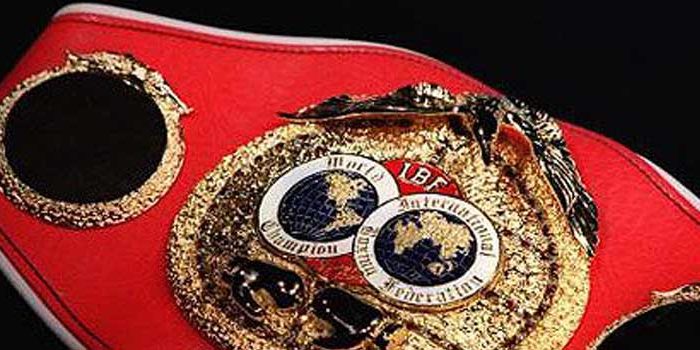 During the productive and fruitful week of the International Boxing Federation 34th Annual Convention in St. Petersburg, FL, IBF executive officers along with representatives and boxing promoters from the B & R Region (Silk Road Economic Belt & 21st-Century Maritime Silk Road) met to discuss the establishment and the launching of the IBF Silk Road Championship Tournament.

The B&R Region is made up of approximately 70 countries spanning from Asia, through Africa and the Middle East, to the Baltics and Europe. The purpose of this multinational tournament is to stimulate boxing in the region and provide a platform, not only for fighters to develop their professional boxing careers, but to provide opportunities for promoters in the region to produce quality boxing events for boxing fans to enjoy as well.

The International Boxing Federation will first establish the IBF B&R Region within the organization and create the IBF B&R Title.  Ultimately, tournament champions and leading fighters will be eligible for consideration for the World Ratings.

The IBF expects this plan will draw to the organization talented fighters from this region seeking a path to world championship opportunities, and bolster the talent level within its rankings.

Regional representatives and boxing promoters present at the meeting from China, Russia, Japan, and Africa among others expressed their enthusiasm and commitment to work with the IBF to achieve its goal.

This first Championship Tournament is planned to take place in October of 2017 in China tied in with an International Boxing Federation B&R Regional Convention.

The sanctioning body also plans to establish headquarters in China.  The forthcoming founding of the IBF B&R Region is an effort to enhance sports and cultural exchange among these countries and bring new business opportunities for the regional sports industry.

“The IBF was extremely pleased with the enthusiastic reception this plan received at this preliminary meeting,” remarked President Daryl Peoples.

“The meeting was very constructive, yielding positive feedback and eagerness to lay the groundwork for this new and exciting endeavor. The International Boxing Federation is the first world sanctioning body to apply the B&R development plan to its activities demonstrating our focus and commitment to China and the countries in this region,” noted Peoples.