Spend a day in Patrick Johnson’s office and you’re liable to meet every kind of character Ghana boxing has to offer. From the movers and shakers in suits to boxers down on their luck, all take turns sitting in one of his office chairs.

It’s that calm, affable persona that endears him to those that seek him out. And why Johnson, the National Sport’s Authority’s Secretary-General, is a bedrock of the nation’s sport. BoxingAfrica.com sat down with him to discuss boxing’s resurgence in Ghana and his outlook for the sport.

The Ghana Boxing Authority (GBA) has been very busy this year with boxing. If you could, give us a little bit of your thoughts and your outlook on Ghana boxing in 2017?

I wouldn’t say just 2017 alone. Since the beginning of 2016 to date, we’ve been busy. God has been good to Ghana boxing during that time. We’ve had frequent promotions and the GBA is pushing for more by bringing in the Ghana government. What I learned is that, at times in the past, the government supported professional boxers. That’s why we had world champions. But now that’s not the case. But in 2017 we’re bringing in more people – particularly the government – to come in and show support.

Recently, we went to former president Jerry Rawling’s estate. He pledged that he would contact the current president and ask him to support boxing. Boxing in Ghana has suffered for a long time. But so far, so good in recent times. Last week, the brother of the legendary Abedi Pele came by office. He wants to involve himself in boxing via promoting. I had a promoter from Belgium also come by and express interest. We have HeMann Promotions, Streetwise Promotions and more so there are plenty of good things to come.

You mentioned the new political party now in power in Ghana. Do you see that as a positive or negative for the sport?

It’s a big positive. We met President Akuffo-Addo a few weeks back. He said he himself was a boxer growing up; he grew up in Swalaba. He said he’s ready to push boxing. And he’s shown it in action. We invited him to the March Streetwise Promotions card featuring Richard Commey. It was short notice yet he made it a point to be there and watch the entire show. The Vice President also came to a card a week later. All this shows that the government is ready to support and push the sport of boxing.

Is there incentive for them to do so? For instance, when you look at the boxing landscape in Ghana today, are there any fighters who catch your eye? Fighters you think can represent the country well on an international level?

We have a lot of good boxers, but we don’t have too many good managers and definitely not enough promoters. This is partly why our fighters aren’t able to get the publicity they deserve. But if you look at somebody like Richard Commey, or Duke Micah, or Fredrick Lawson, or Isaac Dogboe and others—this shows that we have good boxers. Robert Quaye, one of our local fighters, and more. If these guys are moved properly and align themselves with the right managers, they will excel and the world will hear of them.

Recently, Joseph Agbeko was supposed to fight in the U.K. But he pulled out at the last minute and a lot of people don’t really know the back story as to what happened. Could you provide us with some detail?

Agbeko prepared very well for this fight. He traveled to the U.K. but a day before the fight, he was feeling feverish. A doctor examined him and it was the doctor who said he wasn’t fit to box. It wasn’t Agbeko’s own doing. The doctor didn’t allow him to box and that is why the fight was called off.

You’ve been involved in sports for a long time. Do you have any personal connection to boxing? Were you a fan growing up?

Every Ghanaian is a boxing fan. As a youth, my fondest memory was the fight between Azumah Nelson and Marcos Villasana. Those days we would have to stay up all the way to near morning to watch the fight. That was one crazy war. I mean, Azumah beat the guy mercilessly but Villasana continued to press forward and attack. I’m not sure anyone was expecting the fight to go the distance or be close but it was. That was one of the greatest fights I watched in my life.

Tell us a bit more about your role here in the National Sports Authority (NSA).

I’m the day-to-day administrator for boxing and table tennis. I’ve worked with various associations, body building, kick boxing, Tae Kwon Do and so forth. My work pushing the sport of Tae Kwon Do in the country is probably what made them bring me to professional boxing. Once you master the rules and regulations of a sport, you gain your own perspective of it. I use that with my experience and background to become fully aware of what that sport needs from me.

What made them consider you for these roles at the outset?

The best ability is availability. I take my work serious. I’m very punctual and so my colleagues and the rest know they can rely on me. So, I’m often called to hold the fort in other disciplines when those Secretary-Generals are unavailable.

I also have an athletic background. Initially, I wanted to be a footballer. I traveled to Brunei to play football professionally. Then my agent advised me to go to England because, at the time, Europe is where most of the top football was played and you could get the best exposure there. But things didn’t work out as I initially planned. So, I stopped football and returned to school. I landed a job here at the Sports Stadium and that helped me to finish my Masters.

Getting back to the sport, one must ask: Why aren’t the fighters themselves squaring off against each other? It seems the best in each division are happier to take on soft touches rather than to establish themselves as the man to beat nationally in one division.

That is directly connected to a lack of promoters or promotions. I say this because most of the time, these fights don’t occur because the fighters aren’t getting a good purse. When you look at HeMann Promotions, Streetwise, Box Office and ETC Promotions, those are the promoters who pay their fighters well. So, the boxers were compelled to fight each other without hesitation. If a boxer is offered a good purse, there is no way he’ll turn it down.

We see a resurgence of boxing here in Ghana but has the nation caught on?

Out of all the disciplines, I would say Ghana’s focus is on football. But boxing is what brought Ghana its glory. In football, our national team may qualify for the World Cup and play. But we have won seven world titles in boxing.

So, among all the disciplines, boxing is the best. It’s why we need government and corporate organizations to come back to boxing. Boxing made Ghana what it is, not football. And those who have put in places where they can do something about it, people such as myself and others in the current Ghana Boxing Authority administration, are passionate about making a difference. I believe you will see the fruits soon.

Patrick, thank you for your time. 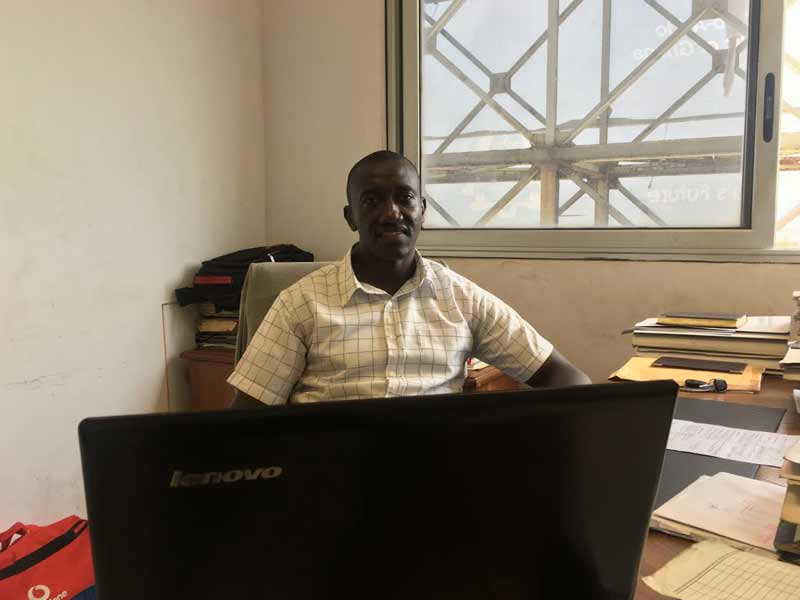