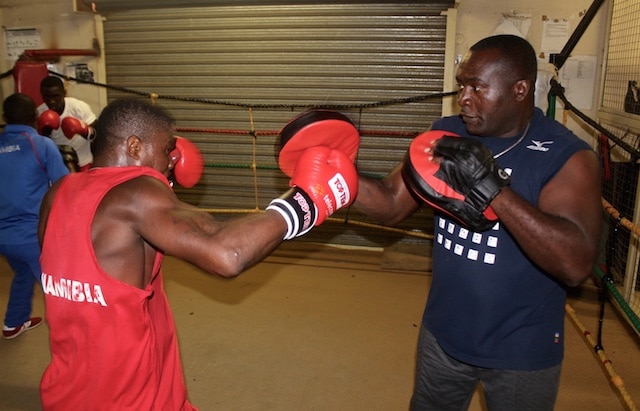 WINDHOEK – The MTC Nestor Tobias Sunshine Boxing Academy will host an amateur boxing tournament at the A. Shipena Secondary School in Windhoek over the festive season.

A media statement availed to Nampa on Monday said the Mobile Telecommunications Limited (MTC) Boxing Cup will be held from 8 to 10 December 2016.

The platform will give amateur boxers an opportunity to display their boxing skills at the national tournament.

The boxing stable’s owner and promoter, Nestor Tobias, was quoted in the statement as saying such a tournament is important as it creates opportunities for upcoming boxers to gain experience.

“We view this as real development, and we would of course like to see more amateur fights being organised by the Namibia Boxing Federation who is tasked with this responsibility,” said Tobias.

The stable encouraged amateur boxers in all the regions irrespective of affiliation to come and take advantage of the platform to display their skills at the tournament.

The participating teams will be from all 14 regions, plus the Namibian Police Force and the Namibian Defence Force.

A total of about 150 amateur boxers are expected to participate in 10 different weight classes.

This is the second year running that MTC and the boxing stable are hosting this event.