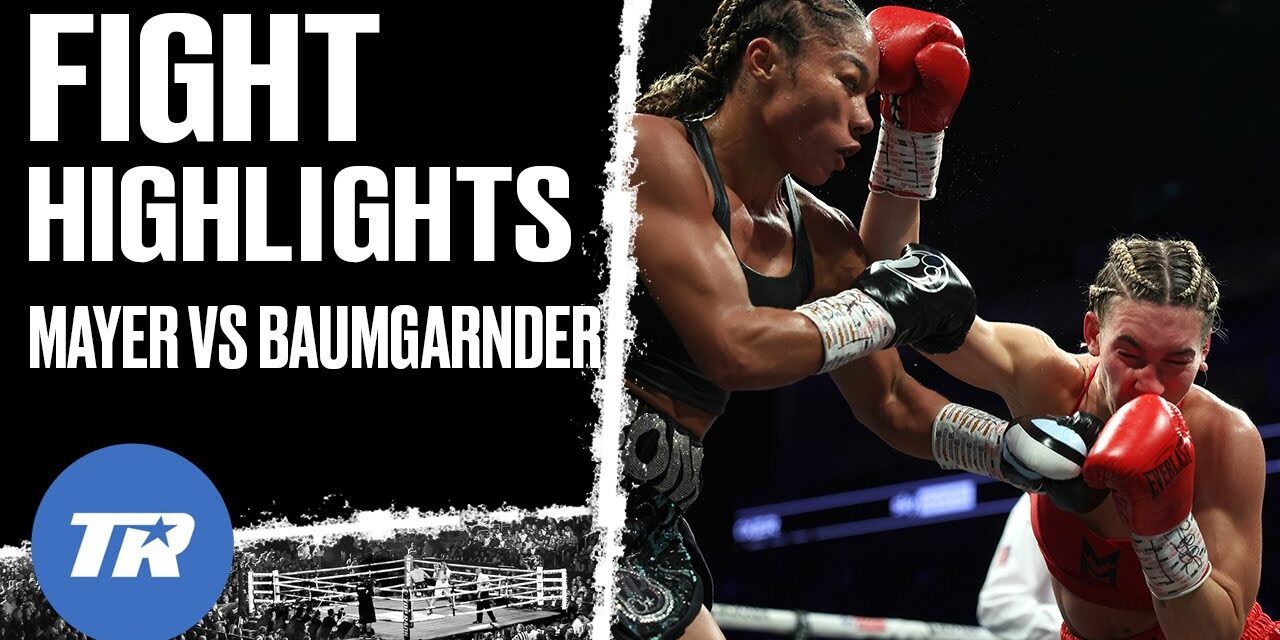 Claressa Shields is now a three-time undisputed champion, the first person to achieve such a feat in either men’s or women’s boxing. Shields defeated Savannah Marshall (12-1, 10 KOs) via unanimous decision to unify all the belts at middleweight in an action-packed slugfest.

Marshall’s plans were clear: overwhelm Shields, push her against the ropes and land power shots. But Shields, who possessed more speed and accuracy, countered Marshall’s constant pressure with rights and lefts that were thrown with all of her strength.

After several months of trash talking, the two finally squared off in a historic night for women’s boxing. However, despite the heated exchanges outside of the ring, Baumgardner initiated the bout by calmly boxing from the outside, using her legs to move left and right when necessary and countering Mayer’s offense with short hooks and overhand rights around her guard.

In the fourth and fifth rounds, Mayer started to get her rhythm and landed more jabs and even landed a set of consecutive straight right hands. It was clear that the Olympian needed to increase the intensity of the fight in order to win some rounds. However, Baumgardner got her second wind and began landing more power shots in the later rounds, while Mayer landed more jabs and occasional right hands.

Baumgardner won with two scores of 96-95, while one judge saw Mayer the 97-93 victor. Without a doubt, the scorecards demonstrated just how close the fight was.

“I just want to first thank my lord, Jesus Christ, for blessing me and getting me through this moment,” Baumgardner said. “I worked my ass off to get here. Like I said before, my steps were ordained. I’ve claimed this. I’ve received it. I practiced this speech and what I was going to say.

“I landed the cleaner shots. The harder shots. I had her cut above her forehead. I was the harder puncher. I dug deep. That girl ain’t getting no rematch. I’m going after Choi [Hyun-Mi] like I said. Undisputed is what I claimed. It’s what I’m going to do.”

Mayer said, “I’m really confident that I won that fight. She was defeated. I saw it in her eyes. She was tired. She knows she lost the fight. She was shocked by the decision. She got lucky. I think the crowd believes that I won that fight. I took control of the fight from the second round on, for sure. At the very least, I won seven rounds clearly. I felt like I had it. I hope that she gives me a rematch. I think I deserve it, and I feel that the fans wants to see it.”