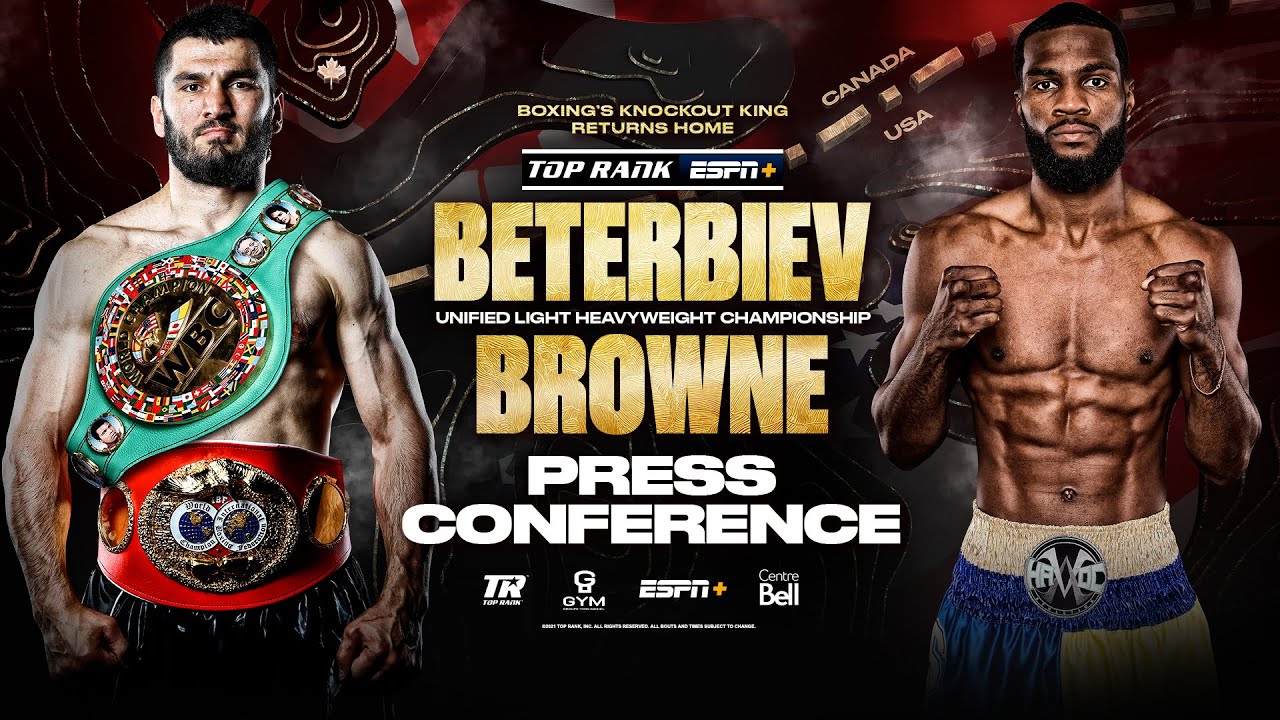 Artur Beterbiev, the Russian-born puncher who moved to Montreal nearly a decade ago to begin his professional career, will finally get the chance to defend his titles in his adopted hometown.

Beterbiev (16-0, 16 KOs), boxing’s only world champion with a 100 percent knockout rate, will defend his WBC and IBF light heavyweight titles against 2012 U.S. Olympian Marcus Browne this Friday at Bell Centre in Montreal.

Browne (24-1, 16 KOs), who once held an interim world title, returned to the ring in April with a 10-round decision over Denis Grachev. He lost his interim belt in August 2019 via technical decision to Jean Pascal, which came off the heels of his career-best victory over Badou Jack. Browne, in his first bout outside of the United States, hopes to stun Beterbiev, who is upwards of an 11-1 betting favorite.

At Wednesday’s press conference, this is what the main event fighters and their trainers had to say.

“We are ready. We had a good training camp, and I am ready to show my best on Friday night.”

“I’m very enthusiastic about this fight. It’s been a long time since we have been able to defend the titles in front of a crowd in Montreal, and we look forward to that. It’s been a great training camp. We’ve seen Marcus before, so we know his strengths and weaknesses, and you will see what happens on Friday night.”

“We trained hard for the fight. He’s a tough customer, but on Friday night, we are changing the narrative.”

“I wouldn’t be here if I didn’t believe, and come Friday night, you will see. I’m tired of talking. I want to fight.”

“We’re very happy to be here. I found out when we got here that Marcus was a huge underdog, and we embrace that. This will be a historic fight. After Marcus wins the title, it will make me the only trainer in history to have three unified champions at the same time: Marcus Browne, Jermell Charlo, and Errol Spence.”

“I know who I am. I know Marcus will do what I ask him to do. When he came to me, he was already a good fighter and I just helped him build on that. I believe in myself, and I believe in Marcus.”