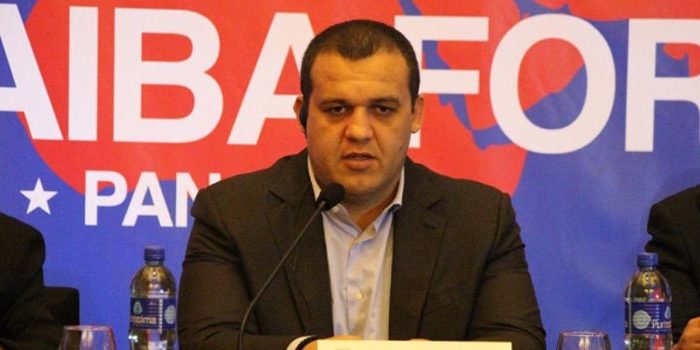 Umar Kremlev was ready to get to work. The 38-year-old Russian took on the challenge of an occupational lifetime late last fall when he ran for, and ultimately won, the presidency of the Swiss-based International Boxing Association after emerging from a five-candidate field with better than 57 percent of the vote.

And he arrived at a particularly tumultuous point in the AIBA’s existence.

The organization was beset by millions of dollars of debt thanks to dubious governance and ill-advised decisions by previous administrations. The prolonged controversies also prompted the International Olympic Committee to suspend the AIBA’s role of organizing boxing at the recent Summer Olympics.

The jury is still out on whether the task will return for the 2024 Games in Paris.

In the meantime, how exactly is Kremlev approaching, ahem… making the AIBA great again?

“My passion and love for this sport are what drive me. I am happy to be in the position I am in. In the driving seat on the road to progress,” he told Boxing Scene.

“Over the course of a few months together with the AIBA team we have already delivered on the promises made in December, with more positive changes coming soon. The work we are doing, as challenging as it may be, is already proving to be considerable and effective.

“There is no better motivation than that. All we want to do is keep moving forward.”

Kremlev was elected to finish the presidential term of Gafur Rakhimov, who resigned in a firestorm two years after his election had been accompanied by warnings from the IOC.

Boxing Scene caught up with Kremlev to discuss his first eight months on the job, the daily challenges of rebuilding the organization’s reputation and the logistics involved with preparing for a marquee tournament – the Men’s World Boxing Championships – that’s set to begin in late October.

Boxing Scene: We’ll start with a straightforward one. What is the state of the organization as a whole these days, in your estimation? Do you feel you’ve made progress on the items that were priorities when you took over as president? What are the top agenda items these days?

Umar Kremlev: I am very happy with the progress that has already been made. The organization as a whole is determined to see AIBA through a major transformation. The changes that have been made are being welcomed by all as a necessary step in the right direction.

From the very beginning our priorities have been AIBA’s financial, sporting and governance integrity. Within the first 6 months we have achieved financial stability for AIBA with the settling of historical debts that had threatened our existence. We have involved a number of independent experts to help us identify and address sporting and governance issues, and their reports can be expected soon. Most importantly, we are now in a position to provide the necessary support to national federations and the athletes in the way that an effective international federation should.

There is a lot more work to be done, of course, but as long as we approach it with the same determination as we have demonstrated in the recent months, I am confident we will continue delivering on AIBA’s reform.

As for our current agenda, we have a lot of exciting events coming up in the next few months with the AIBA men’s world championships in Belgrade, Serbia key among them. So, our focus is on delivering those in a safe, engaging, and successful way. Meanwhile, we are doing everything we can to assist our ongoing investigations and audits, in order to ensure the independent experts have everything they need from our side.

Boxing Scene: Along those lines as well, what is the state of amateur boxing in general? I can only speak from a U.S. perspective, but it seems the profile of amateur boxing has dipped in the last couple of decades. Do you agree with that diagnosis, and how different is it in other parts of the world?

Kremlev: There is more amateur boxing activity in Europe and Asia than in the U.S. But amateur boxing is not going anywhere. For a long time, there has been the chance to do much more to ensure the necessary promotion and support for grassroots and amateur boxing, in order to maintain the global interest in the sport. But that is going to change. Our collaboration with Gazprom now allows us to fund initiatives to make the sport more accessible, more available, more inviting for the fans, and more worthwhile for the athletes.

At AIBA, we believe that boxing education and awareness is the key to attract young athletes and officials to join the sport. Which is why we have recently signed an agreement to establish the European Boxing Academy in Assisi, Italy. The academy will include theory and practice courses for athletes and coaches.

We development educational program and integrity initiatives, which will offer e-learning opportunities, as well as new qualifications.

Boxing Scene: What is the AIBA’s role in addressing the issues that exist?

Kremlev: Our role is an active one. We dedicate every day to making sure the necessary work continues. We have already attracted the best experts in governance, financial and sports integrity.

Your flagship tournament is a little more than two months away. Most people probably have no real idea of what it’s like to put an event like that together. Can you describe the challenges and the moving parts that have to be dealt with in order to get it done successfully?

Of course, safety in the face of the global pandemic remains one of the main challenges as we approach the AIBA men’s world championships. We are constantly evaluating our past events and finding new ways to improve our provisions according to all necessary safety measures.

As well as that, with each tournament we aim to ensure that our athletes are given the fair fight they deserve. That is why we have introduced a new scoring system which has already proven to be effective at the Youth Boxing Championships in Kielce.

Also, AIBA’s collaboration with the host cities does not end with the closing ceremony of the tournaments but cooperate together on ongoing basis.

Boxing Scene: What will your days look like between now and then? Will that be item No. 1 on your agenda every day? How much of your day is focused on planning and handling event-related issues?

Kremlev: It is a major part of our daily workstream. We are working closely with the local organizing committee to deliver a safe and fair tournament that the athletes deserve. However, the next few months are going to be very busy for AIBA, and not just due to the world championships.

Our team is hard at work preparing for other major upcoming events such as the International Boxing Day on 27th of August, which we hope to celebrate globally with all those who love the sport.

Also underway is the 75th anniversary of our organization, which we hope to welcome with a new, transformed AIBA.

Boxing Scene: Speaking of your roles and responsibilities, I’m curious what it was that drove you to pursue the AIBA presidency? How long have you been involved in boxing? Was the role something you’d always worked toward or strived for, or more of a spontaneous decision at some point?

Kremlev: I have always been passionate about boxing myself. The beauty of the sport, the discipline of its athletes and the amazing community around it. I love practicing and watching the sport and have been doing so since a young age.

Which is why it was painful to watch because of bad governance. The wish to help the sport I love to be as great as I knew it could be is what brought me to AIBA. I have relevant experience and an amazing team. I am extremely happy to be involved in a way that can and will continue to deliver real change.

Boxing Scene: I see Roy Jones Jr. has been working as an ambassador for the organization. How important is it to have high-profile fighters of his level involved? How much does it help with perception of the AIBA?

Kremlev: We are happy he is involved with AIBA, and I am sure it is helping the perception of the organization. Nobody knows better than Roy the importance of a fair fight. However, the importance of Roy Jones Jr. participation goes beyond AIBA. It is inspiring for the young generation of boxers to see such legends still involved with the sport they love after all these years.

We are also happy to be working with Roy to ensure such betrayal he has experienced as a young athlete never happen again in our sport. We value his perspective of a veteran boxer who is just as passionate to welcome a clean, just and safe future for our sport as we are at AIBA.

Kremlev: I hope AIBA has achieved its goal of becoming a strong, stable and welcoming home for the world’s boxers and all those who support them. With everything we have already set in motion, I imagine AIBA has continued its efforts in driving the development of boxing all over the world.

As for outside of AIBA, I hope to see more people get involved with boxing all over the world.