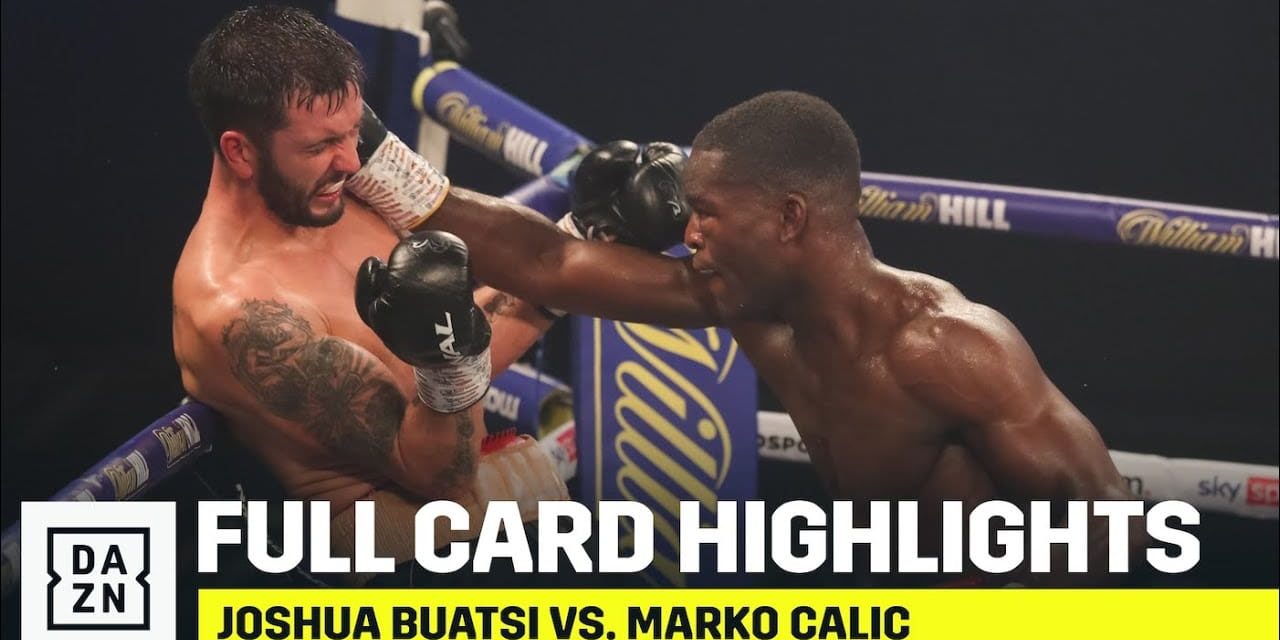 Joshua Buatsi came through the toughest test of his professional career to date as he stopped Marko Calic in the seventh round in Milton Keynes, having been forced to take some heavy shots that saw his left eye swollen almost shut.

Buatsi, the 2016 Olympic bronze medallist, was boxing for the first time in 14 months, so there was entitled to be some ringrust. But on this form he is still some way from being ready to fight for a world title in a fearsome light-heavyweight division. There has been plenty of hype around the Londoner, but this was only his thirteenth fight and, at 27, he has plenty of time to work on things.

The biggest worry was his defence, as Calic, who was unbeaten heading into this fight, found him time and again, particularly with the right hand. Rather than slipping shots, Buatsi at times seemed happy just to walk through them, in the belief that his own shots would be more telling. In the end they were.

Eventually, Buatsi wore Calic down with body shots and then took his chance when the openings came. Calic suffered a suspected broken jaw.

“Props to Calic, he told me his jaw was broken,” Buatsi said. “He pushed me all the way and credit to him, I had to dig deep. I got a thumb in the third round and felt the swelling straight away. It’s never happened before, but we bite down and we fight. It’s the fight game, when you are in there, you do what you have to do to win.”

Calic looked dangerous with the right hand from early on. In the first round, he got through Buatsi’s guard with a straight right – and walked Buatsi ubti a left-right combination in the second, as Buatsi struggled to find his rhythm.

Things started to turn Calic’s way in the third round. Buatsi looked to trap Calic in a corner, landing a good uppercut, but then walked into a big right that hurt him. Calic went for it, landing a series of right hands, as Buatsi’s left eye started to swell shut.

Buatsi regained some momentum in the fourth round, but he still struggled to stop Calic’s right hand from landing and, while he landed a good right hook, there were no signs that the Croatian was going anywhere.

Calic was having another good round in the fifth, when Buatsi landed a huge overhand right, that rocked Calic back into the ropes, the bell sounding as Buatsi unloaded on Calic on the ropes.

Buatsi’s body shots were also starting to have an effect too, although he sometimes seemed to have no defence to Calic’s counters.

By the seventh, the Croatian was starting to fall apart, though. In his desperation to stop Buatsi’s advance he switched to southpaw, which he instantly paid for a Buatsi landed a crushing right. Calic tried to hold but was backed into the ropes and open to Buatsi’s follow-ups, falling to his knees after taking two more rights.

Referee Michael Alexander allowed him to continue, but Calic did not look to sure as he looked to his corner. It did not take long for the corner to wave the towel, to bring an end at 2:09 of the seventh round.

“I saw him turn southpaw and I thought, ‘cool, it’s a bit different’, so I looped the right hand, caught him and when it landed I thought ‘you are hurt’,” Buatsi said. “I just pressed on. But credit to him, he was tough, he was competitive every round – 400 days out of the ring, the first one back is quite different, but I enjoyed it.”