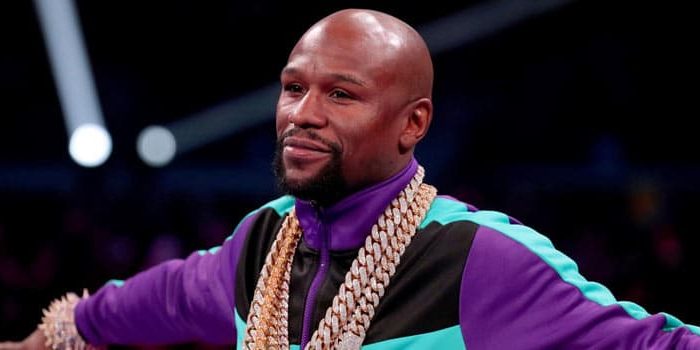 If the 43-year-old Mayweather comes out of retirement for the third time, though, Malignaggi is certain he’ll fight a UFC superstar – either Khabib Nurmagomedov or Conor McGregor – in a boxing match. The Showtime analyst can’t envision Mayweather returning to the ring for a rematch with Manny Pacquiao, whom Mayweather out-boxed in their high-profile welterweight title fight five years ago Saturday.

Malignaggi acknowledged that Mayweather-Pacquiao II still might make more money than any other boxing match, just not enough to make the risk worthwhile for the undefeated five-division champion. A McGregor rematch or a fight against Nurmagomedov, UFC’s undefeated lightweight champion, would make as much or more money for Mayweather, Malignaggi estimated, as a second fight against Pacquiao.

Mayweather’s 12-round, unanimous-decision victory over Pacquiao in May 2015 generated more than $600 million in overall revenue. Mayweather-Pacquiao also established a pay-per-view record by producing approximately 4.6 million buys.

Mayweather-McGregor is the second-best pay-per-view event in the history of that platform. That fight, which Mayweather won by 10th-round technical knockout in August 2017, did roughly 4.3 million buys.

“I think it might do more business than any fight in boxing that can be made,” Malignaggi told BoxingScene.com, referring to a Mayweather-Pacquiao rematch. “But I think if Mayweather fights Khabib or McGregor in boxing, not only are they easier fights, it also brings in more money because Khabib and McGregor are still considered to be in their promotional primes in MMA. Khabib is in his prime in every way – he’s undefeated. So, I think you’ll have an entire fan base that looks at these fighters in their prime and thinks, you know, there might be a chance to do something against an out-of-prime Mayweather [in boxing].

“So, you can sell that angle, whereas in boxing Mayweather-Pacquiao the first time wasn’t that great. So, a lot of casuals will be turned off [to a rematch], and the people in boxing already know the deal, so they won’t be so attracted to it. I think it could make more money than a lot of other fights in boxing. But I just don’t think that it’s something that’s that much of an eye-opener to say, ‘Wow! That has to happen.’ And I really have a hard time seeing Mayweather thinking that, either. Like I said, he can equal if not surpass the amount of money he makes in a Pacquiao [rematch] by fighting MMA guys.”

Ireland’s McGregor didn’t come close to beating Mayweather in their first fight, which Mayweather was winning by wide distances entering the 10th round at T-Mobile Arena in Las Vegas (89-81, 89-82, 87-83). McGregor made his boxing debut against Mayweather, whereas Russia’s Nurmagomedov never has participated in a professional boxing match.

Neither of those two prohibitive factors would prevent mixed martial arts fans from buying either event, according to Malignaggi, who was blunt in his assessment of MMA’s fan base.

“MMA fans are the dumbest fans in the world,” said Malignaggi, a retired two-division champion. “They’d eat those fights up. Every, single one of them would buy that pay-per-view. No doubt about it. When you’re the dumbest fans in the world, you take any little positive you can get out of it. So, for them, they look at CompuBox numbers or whatever stats they can come up with to say, ‘Well, [McGregor] did good. Maybe he’ll do better next time. Maybe he’ll beat him,’ whatever they need to hold on to. I believe the fight sells because you’re selling to a fan base that’s too dumb to understand the uselessness of the fight.”