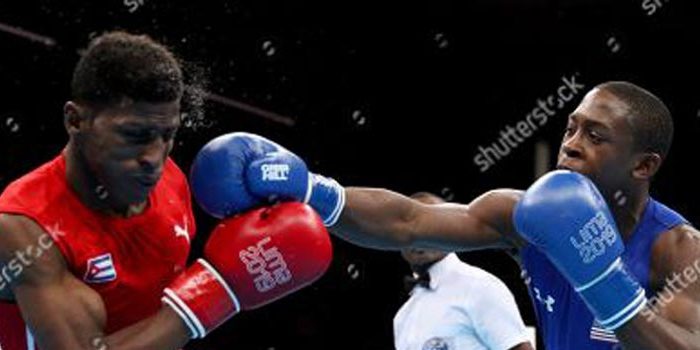 With the Tokyo 2020 Olympics postponed until next year due to the ongoing threat of the coronavirus, athletes with professional aspirations have difficult decisions to make.

Keyshawn Davis, considered the most talented boxer on the U.S. boxing team, seemed as though he had made up his mind.

He later clarified to ESPN that he hadn’t.

The 21-year-old native of Norfolk, Virginia, is rated No. 1 in the 138-pound division by USA Boxing. He captured a silver medal in the 2019 Pan American Games, and came in second place in the 2019 world championships. The upcoming Olympic Games were expected to be both the fulfillment of a dream and the end of what has been a storied amateur career.

Davis, along with his fellow American boxers, had been preparing for a qualifying tournament in Argentina prior to sporting events all across the world being shut down. Many amateur pundits believed Davis was the best hope for a U.S. boxing gold medal in Tokyo.

“It’s just what I want to do, I just feel like going pro right now. It’s been on my mind even before the Olympics got postponed,” admitted Davis, who has garnered plenty of interest from professional managers and promotional outfits. “Now that it’s postponed, like shoot, why not? It’s a perfect time too, while everything is shut down. When stuff opens back up I can jump right in the deep waters.”

While many have told him that a year can go quickly, Davis says that many others expressed to him “that they’re going to follow me going pro, they can’t wait to see me go pro. There’s a lot of people saying that I already fight with no headgear, why waste another year fighting with no headgear in the amateurs, risking getting cut and stuff like that? I already have big options of going pro and being more well off than I am now.”

While he will consult with the likes of his trainer, Kay Koroma, and family members, the choice he ends up making will be his, and his alone.

“They just have to respect the decision that I make, honestly, even if they feel like it may not be the right decision,” said Davis, who says he will be making a formal announcement soon.