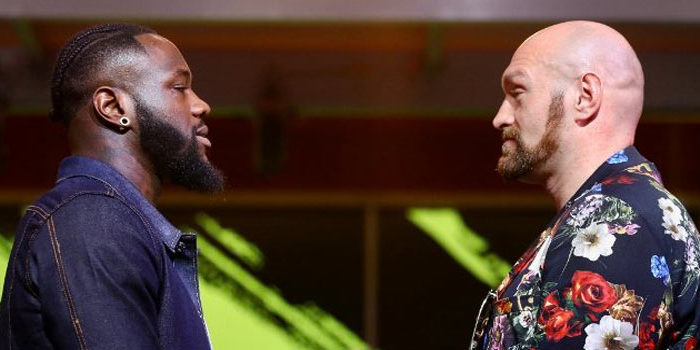 The presser was aired live on FOX, ESPNEWS and the ESPN App, before they continue their rivalry in the ring Saturday, February 22 in a historic, joint FOX Sports PPV & ESPN+ PPV live from the MGM Grand Garden Arena in Las Vegas. (photos by Mikey Williams)

Their first meeting took place on Dec. 1, 2018 and saw Wilder retain his title via split draw after Fury miraculously rose from a 12th-round knockdown to finish the fight. Now, as the two prepare for the rematch.