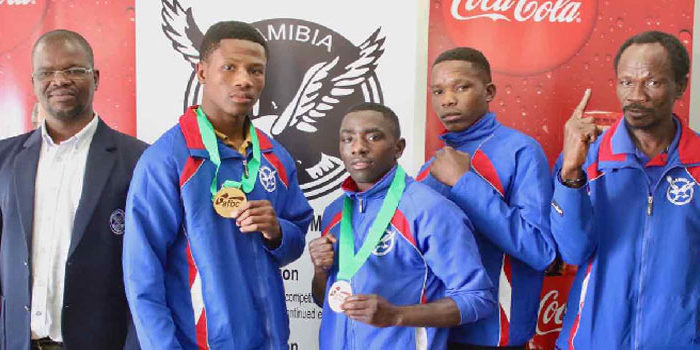 The Namibia Boxing Federation is planning to send 12 boxers to Dakar, Senegal for the 2020 Tokyo Olympics qualification tournament scheduled for February 20-29, 2020.

This was confirmed by NBF president Benjamin Rebang on Sunday in an interview with Nampa, where he said funds permitting, the federation would like to host a training camp in Zambia.

“We would like to host a training camp in Zambia for these boys. Unfortunately, that needs funding and we have made a submission to the line ministry. Hopefully something will come through,” Rebang said.

He added that they are also looking at hosting a tournament with their Angolan counterparts, who have indicated an interest in participating in a one-week training camp and tournament in Namibia before the qualifiers.

He said depending on the performance of the boxers at the African qualifying tournament in Senegal, they may send those who fail to qualify to Paris, France, where the world qualification event will take place from 13 to 24 May, 2020.

Meanwhile, four boxers (Jonas Junias Jonas, Andreas Shikongo, Nestor Thomas and Try-Again Ndevelo) are back home from the United States, where they participated in a two-week training camp under an Olympic scholarship.

Speaking to Nampa on Friday, Jonas said the training camp went well, although it was short.

“Hopefully we will get another country to go to and prepare before the Olympic qualification as promised,” he said, adding that the team selected was capable of making it to Tokyo 2020.

“It doesn’t matter where the preparations take place. Four of us went to the USA, while the rest of the boys are busy training back home and I have faith that six, if not more, boxers will make it to the Olympics this year,” he said.