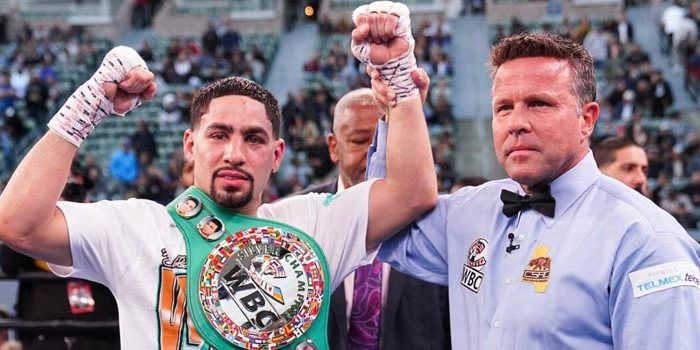 Former two-division world champion Danny Garcia says he is planning to return to the ring as scheduled on January 25, 2020.

Garcia was initially slated to face undefeated Unified World Welterweight Champion Errol Spence Jr. on that date. Those plans have been scrapped after Spence suffered a serious one-car accident in early October that ejected him from his Ferraru.

Spence, who suffered skin lacerations and broken teeth, is still on the mend from the crash, leaving Garcia without a dance partner for the January date. However, Sam Watson of Haymon Boxing/Premier Boxing Champions (PBC) informed BoxingScene.com that the Puerto Rican from Philadelphia, Pennsylvania will keep the fight date.

Garcia could be an opponent for WBA World Welterweight Champion Manny Pacquiao or four-division world champion Mikey Garcia. He last fought in April, scoring a vicious seventh-round TKO of the typically durable Adrien Granados in a one-sided bout.