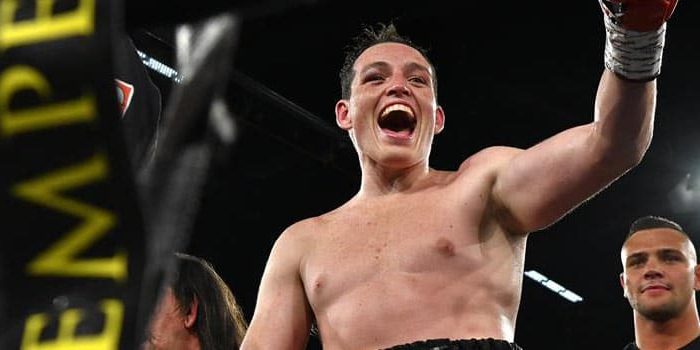 South African super-middleweight boxing champion, Rowan ‘Braveheart’ Campbell (26) is already training for his next fight after defending an international title.

The Melville resident who trains at Smith’s Boxing in Sunninghill beat Patrick ‘The Panther’ Mukala on 23 August to defend his International Boxing Organisation All Africa title for the second time since he won it in February.

Campbell grew up in Randpark Ridge and is well known and supported by his fans in the area.

He is undefeated in his professional boxing career, with seven knockouts in 11 wins since 2016. He is now gearing up for a fight against a South African champion in another weight class.

“Nicholas is tall so I will be sparring against guys at least as tall as him but other than that I will not change my training much,” Campbell told the Fourways Review.

“With Patrick [Mukala] many people thought I was the underdog so it was good to win. The plan against him was to keep pressure on him, never taking the foot off the pedal, and avoiding his right hand. It worked from round one right until the end.”

Campbell won that fight by technical knockout in the eighth round.

The champion began boxing nine years ago at the age of 16 as a means to lose weight. “I was a little chubby at the time but I discovered the elements of skill, determination, discipline and respect in boxing. There are so many elements that keep challenging you and it is fascinating to learn those skills and do well at this hard sport,” he concluded.