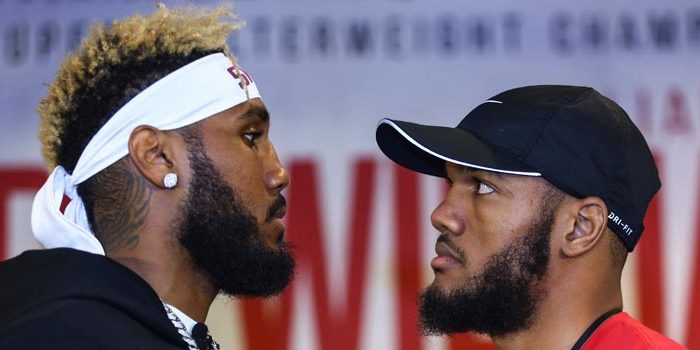 BoxingScene.com has learned through multiple sources that Hurd has decided he won’t fight Williams next. Their immediate rematch, to which Williams is contractually obligated, had tentatively been scheduled to headline a FOX broadcast December 14 from Barclays Center in Brooklyn.

Williams still might fight that night, though a replacement for Hurd hasn’t been solidified. The Williams-Hurd winner was supposed to fight whomever wins the upcoming Jermell Charlo-Tony Harrison rematch in their subsequent bout, thus Hurd’s withdrawal could complicate that plan.

Hurd has parted ways with career-long trainer, Ernesto Rodriguez, since Williams upset him May 11 to win the IBF, IBO and WBA 154-pound titles. The 6-feet-1 Hurd, one of the bigger boxers within his division, also is unsure if he will continue competing at 154 pounds.

If the Accokeek, Maryland, native moves up to middleweight, his rematch with Williams might never happen.

The 29-year-old Hurd (23-1, 16 KOs) was a 6-1 favorite entering their bout, but Williams was sharp from the start. Philadelphia’s Williams (27-1-1, 16 KOs, 1 NC) knocked down Hurd in the second round, was more active and accurate throughout their 12-round battle and took Hurd’s hardest shots well.

The 29-year-old Williams won a unanimous decision in what is considered one of the most entertaining encounters of 2019. Judges Alfredo Polanco (116-111), Robin Taylor (115-112) and Steve Weisfeld (115-112) each scored at least seven rounds for Williams, who scored a career-defining win 2½ years after Jermall Charlo knocked him out in the fifth round of their IBF junior middleweight title bout.

Williams made it clear in the aftermath of his victory over Hurd that Hurd and any other opponent would have to agree to performance-enhancing drug testing by the Voluntary Anti-Doping Association at least 90 days prior to competition.