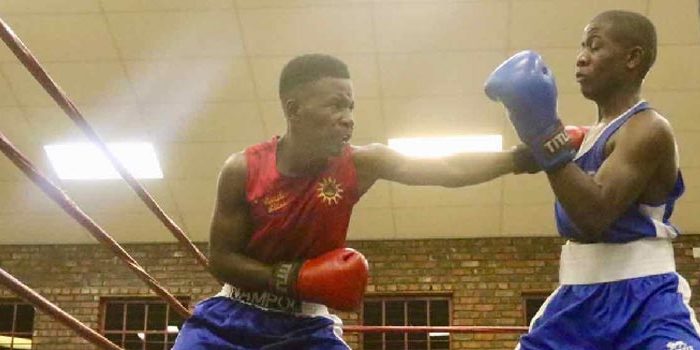 Eleven boxers have been selected to represent Namibia in boxing at the African Games that will be held from 19 to 31 August in Rabat.

Speaking to Nampa, Rabang said the NBF identified 19 boxers at their national championships that were held in Katima Mulilo in June 2019, but the boxers were reduced to a smaller number as only the cream of the crop will represent the country at the African Games.

“We have great potential to win medals at the African Games as we did in the past. Namibian boxers usually perform well at international competitions and that is a record we want to maintain,” he said.

During the 2015 African Games held in Congo, Brazzaville, Junias Jonas and Mathias Hamunyela won two silver medals for Namibia. The two boxers then went on to improve on that record as they won gold medals during the 2016 African Championships in Cameroon, and qualified for the 2016 Olympic Games held in Rio de Janeiro, Brazil.

The NBF president stated that the boxers selected to compete in Morocco will also represent the country at the World Boxing Championships in Russia in September.

“As a federation we do not have funds to prepare our team and send them to major championships; that is why we are calling on the corporate world to come on board and help where the government can’t. We have talented boxers who we believe can win silverware for the country if supported well.”

The team is expected back in the country on 01 September 2019. – Nampa