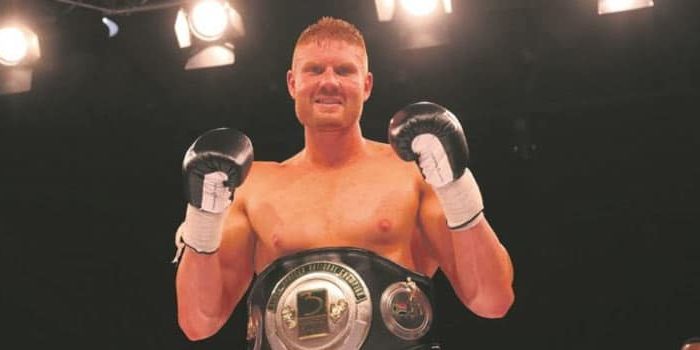 5th Element Promotions has over the past 18 months become known as the boxing promoters who brought back heavyweight boxing action to lovers of this sport in South Africa.

South Africa has several very good emerging heavyweights, but they are not always given the opportunity to show their steel in tournaments organized by some of the high-profile promoters.

At the fourth Battle of the Warriors tournament, which will be presented in the Sun Arena at Menlyn Maine in Pretoria on Sunday June 23, boxing enthusiasts will again be able to see the South African heavyweight champion and eleven other top heavyweight boxers in action.

At this event, which will consist of eight exiting fights, a cruiserweight clash and a junior welterweight battle will also be offered in between the big men’s battles.

The highlight of the event will be a battle between South African heavyweight champion Ruann Visser and the experienced Justice Siliga. This battle will also be the main bout on the fight card.

After his victory against Luke Sutherland at the previous Battle of the Warriors tournament in February this year, Siliga announced that he wants to challenge Visser for the South African heavyweight title.

The exciting young heavyweight from the Ukraine, Vladyslav Sirenko, will also be in action at Sunday’s tournament. He will fight against Emilio Zarate from Argentina. Sirenko has been part of the Visser camp for more than a year and he is a regular sparring partner of the South African champ.

Popular Johannesburg-based heavyweight, Luke Sutherland, will also be back in action at Battle of the Warriors 4. He will fight against another emerging South African heavyweight, Marc Subramoney, from Durban.

Flo Simba, a former IBO Youth Heavyweight champion, will for the first time be part of the Battle of the Warriors series.

Simba was regarded as a future superstar a few years ago, but after first-round knockouts against boxers such as Danie Venter and Thabiso Mchunu, his career deteriorated. The citizen of the DRC gets a chance on Sunday to put his career back on track with his fight against another competitor from the African continent, Mussa Ajibu from Malawi.

Another heavyweight out of the Visser camp, the inexperienced Taras Neudachyn, of the Ukraine, will fight against the equally inexperienced Peto Chapel from the DRC in one of the earlier battles.

Wikus Ludeke, yet another young emerging South African heavyweight from Mpumalanga, will also be in action against Igor Shevutnutskivi from the Ukraine.

Exciting cruiserweight boxer Chris Thompson, who is currently the second contender for Thabiso Mchunu’s South African title, will be in action against another fighter from the Democratic Republic of The Congo, Youssouf Mwanza.

Marios Matamba from Congo, who has already won two continental titles as a lightweight, will fight the experienced Malawian, Salimu Chazama, in a junior welterweight battle.

The action in this fourth Battle of the Warriors tournament will start at 12:00 on Sunday afternoon at the Sun Arena. Tickets are available at Computicket.